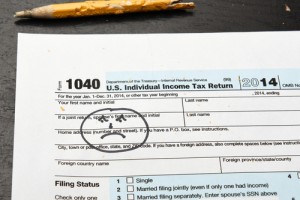 Critics see problems with Sen. Ted Cruz’s plan to abolish the Internal Revenue Service and replace it with a flat tax.

In his “imagine” speech announcing his presidential campaign on Monday, Cruz told his Liberty University audience to imagine a president “repealing every word of Obamacare” and to “imagine abolishing the IRS,” the National Review reports.

“Instead of a tax code that crushes innovation, that imposes burdens on families struggling to make ends meet,” Cruz said, “imagine a simple flat tax that lets every American fill out his or her taxes on a postcard! Imagine abolishing the IRS!”

The Washington Post’s Catherine Rampell called Cruz’s tax statement “one of the biggest, and silliest, applause lines,” while Forbes contributor Tony Nitti says a flat tax, as envisioned by Cruz and other politicians, isn’t so simple and won’t work. TaxProf Blog notes the coverage.

A flat tax could be in the form of a flat tax rate against gross income, but that proposal could turn off voters who favor mortgage and charitable deductions, Forbes says. Even Cruz sees the problem; when pressed for details of his plan, he recently said it would work this way: “Put down how much you earned, put down a deduction for charitable contributions, for home mortgage and how much you owe.”

And if the IRS is abolished, what agency will collect taxes and root out tax cheats? Cruz adviser Rick Tyler told the Associated Press that the Treasury Department could collect the postcard tax forms. “There would be a very small division inside Treasury,” he said, “and it would not be in any way representative of the old IRS.”

Chris Edwards, who leads the libertarian Cato Institute’s tax policy studies, questions whether a small department could do the job. He told AP that even the most simplified tax code would require 10,000 to 20,000 tax collectors.