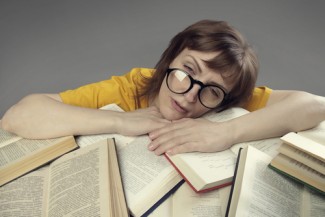 Attending an unaccredited law school is a risky endeavor in California, even though graduates of such schools may take the state bar exam and become lawyers.

About 85 percent of students who enroll in the state’s 22 unaccredited schools drop out before graduation, the Los Angeles Times reports in its analysis of four years of bar data. Only 20 percent of those who do graduate manage to pass the state bar.

There are few requirements for the schools, which have four-year programs and appeal to working people, many without bachelor’s degrees.

The state, which accredits law schools using less rigorous standards than the ABA, is considering a proposal to require the unaccredited schools to meet state standards within 10 years. About 54 percent of students enrolled in law schools accredited by the state, but not the ABA, drop out before graduation.

One unaccredited law school, the Larry H. Layton School of Law, operates in a strip mall above a closed Mexican restaurant. It charges about $15,000 in annual tuition. Only six students have enrolled since 2010, bar records show, though Layton tells the Los Angeles Times that the number is slightly higher.

Northwestern California University School of Law says on its website that, in February 2007, 44 percent of its students passed the bar on the first try. That amounted to four students passing the bar, a fact that wasn’t on the web page, according to the story.

One of the critics of unaccredited law schools is University of San Diego law professor Robert Fellmeth. “They aren’t even diploma mills, they are failure factories,” he told the Los Angeles Times. “They’re selling false hope to people who are willing to put everything out there for a chance to be a lawyer.