ACLU challenges attorney over sexual relationships, time out of practice 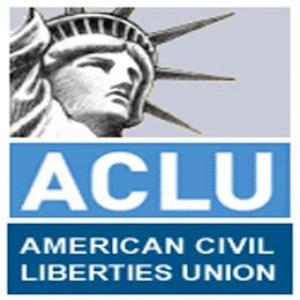 The American Civil Liberties Union is trying to remove an attorney from a death penalty case in Kern County in California, arguing that his sexual relationships with a client’s daughters and lengthy leave of absence from the law could be detrimental to the client.

Lawyer Gary Turnbull was appointed to defend Juan Pablo Vega, who is charged with first-degree murder for allegedly shooting three people, killing two and wounding the third, at a nightclub near Bakersfield in 2015. The ACLU claims that Turnbull’s appointment is another example of how problems with attorneys representing indigent clients has led to more death sentences in some Southern California counties, according to the Los Angeles Times.

Turnbull, now 74, represented Glenda Crosley, a woman who was accused of killing her husband in the 1980s. He admitted to engaging in sexual relationships with two of her three daughters and fathering a child with one of them, the Los Angeles Times says. He was suspended from practicing law in 1995 for not paying child support and again in 2004 for not paying bar dues.

In addition to these transgressions, Turnbull stopped practicing law for 20 years, the Los Angeles Times says. He reactivated his law license this past October and began representing Vega about a month later.

Turnbull told the Los Angeles Times that he stopped practicing law because he had cancer and moved to Canada. He returned to practicing because he was bored, and in addition to handling Vega’s case, he is now handling two other death penalty cases.

Turnbull dismissed the ACLU’s arguments that he is unfit to represent his clients.

“They’re saying from a relationship I had 35 years ago, that I’m unfit,” Turnbull told the Los Angeles Times. “Yeah, well, that’s history and the bar didn’t find it was unethical, immoral, illegal or any conflict. According to court rules, I’m totally qualified.”

San Diego criminal attorney Keith Rutman was appointed to represent Vega in October 2017 but told Turnbull would be taking over the case, the Los Angeles Times says. He also has raised questions about Turnbull’s fitness.

A hearing to clarify counsel is scheduled for May.