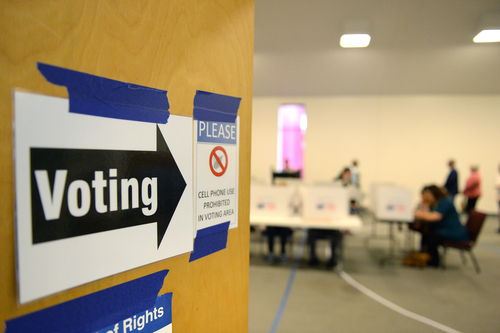 It didn’t take long for the American Civil Liberties Union to respond to President Donald Trump’s executive order on Thursday setting up a commission to investigate voter fraud and vulnerabilities in election systems.

The ACLU has filed a freedom of information request for information that the Trump administration is using as the basis for its claims of voter fraud.

The chair of Trump’s new Presidential Commission on Election Integrity will be Vice President Mike Pence, report Reuters, the Washington Post and Politico. The vice chair will be Kansas Secretary of State Kris Kobach, who has backed tough voter ID laws and taken a tough stance on immigration, according to Politico.

Trump has previously claimed that between 3 million and 5 million people voted illegally in the November election. Dale Ho, director of the ACLU’s Voting Rights Project, said in a press release that Trump’s voter fraud claims have been “widely debunked.”

“If the Trump administration really cares about election integrity,” Ho said, “it will divulge its supposed evidence before embarking on this commission boondoggle.”