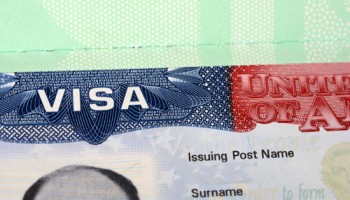 The American Civil Liberties Union is seeking to amend an existing lawsuit to challenge President Donald Trump’s third version of his travel ban.

The ACLU and its partner organizations are also seeking a preliminary injunction to block the latest version of the ban, according to a letter to a Maryland federal judge overseeing the case. The ACLU announcement is here and its letter is here. Reuters and Bloomberg have stories.

The third version of the travel ban, announced Sept. 24, still restricts travel to the United States from six predominantly Muslim countries, according to the ACLU. One Muslim-majority country—Sudan—was dropped from the travel ban list, but another—Chad—was added. The third version also bans travel to the United States by people from North Korea, and by some government officials and their family members from Venezuela.

“President Trump’s newest travel ban is still a Muslim ban at its core, and it certainly engages in discrimination based on national origin, which is unlawful,” ACLU executive director Anthony Romero said in a statement. “Adding a few North Koreans and a tiny group of Venezuelan officials doesn’t paper over the original sin of the Muslim ban.”

The U.S. Supreme Court was set to consider whether the second travel ban violated the establishment clause. The court has canceled oral arguments and asked the parties to address whether the case is moot as a result of the Sept. 24 revisions.

The five holdover countries on the latest list are Iran, Libya, Somalia, Syria, and Yemen. The travel restrictions vary based on the country. The ban for Iran, for example, does not apply to nationals under valid student and exchange visitor visas, although those visitors will have to undergo additional screening. The ban for Somalia applies to immigrants; nonimmigrants will have to undergo enhanced screening.

The second version of the travel ban had also imposed a 120-day ban on refugees. That is scheduled to expire on Oct. 24.