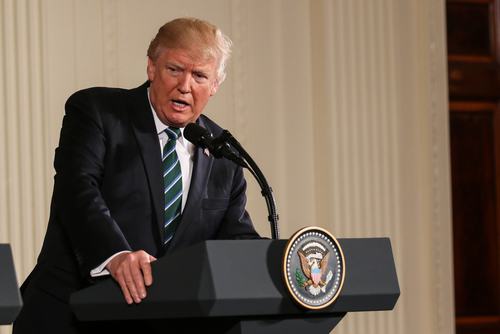 The American Civil Liberties Union on Monday filed a lawsuit that claims President Donald Trump violated federal law by appointing an election commission “stacked with individuals” who endorse his unsubstantiated statements about the election.

The stated purpose of the Presidential Advisory Commission on Election Integrity is to study the federal registration and voting processes. In reality, the suit says, “the commission was established for the purpose of providing a veneer of legitimacy to President Trump’s false claim that he won the popular vote in the 2016 election—once millions of supposedly illegal votes are subtracted from the count.”

The Federal Advisory Committee Act requires advisory committees to have a membership that is “fairly balanced” and to be shielded from outside influence, the suit says.

The suit also claims the commission violated transparency requirements of the law by holding a first telephone meeting with no public notice and by failing to make its records available for public inspection. A press release is here.

The Times also reports the Kobach-led committee is looking for voters’ names and party affiliations, birth dates, felony conviction records, voting histories for the past decade and the last four digits of all voters’ Social Security numbers.

During a federal court hearing on Friday, U.S. District Judge Colleen Kollar-Kotelly considered whether EPIC had standing to sue and whether the law applied to the commission.