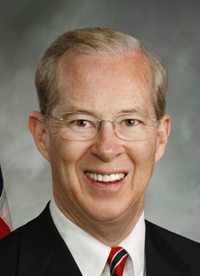 A former U.S. Attorney who replaced acting attorney general Sally Yates after her firing by President Donald Trump has reportedly turned over handwritten notes to the office of special counsel Robert Mueller

The notes, turned over by Dana Boente, could be evidence in an investigation into whether Trump obstructed justice, unnamed sources tell the Washington Post. Boente is now general counsel at the FBI. The notes were first disclosed on Tuesday night onThe Rachel Maddow Show on MSNBC.

Boente was previously interviewed on several topics, including his recollections of conversations with fired FBI director James Comey about his interactions with Trump, according to the Post’s sources.

Comey has said he told Boente about a March 2017 conversation in which Trump complained that the Russia investigation was a “cloud” having over his ability to lead the country. According to Comey, Trump said he hadn’t done anything wrong, and he hoped Comey could get that information out. At that time, Boente was the acting attorney general overseeing the special counsel probe.

Boente’s notes appear to confirm the conversation, according to the Post.