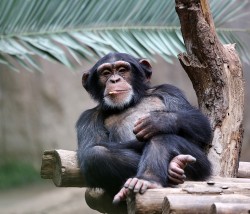 Animal activists were in a celebratory mood on Tuesday after a Manhattan judge ordered Stony Brook University to justify its detention of two chimpanzees and labeled her action a “writ of habeas corpus.”

But Judge Barbara Jaffe’s “habeas” label was a mistake, according to a court spokesperson, and she amended the order, report the New York Times and the Wall Street Journal Law Blog. “All this does is allow the parties to argue their case in court,” court spokesman David Bookstaver told the New York Times.

The initial order signed by Jaffe had been drafted by the Nonhuman Rights Project, which maintains that chimpanzees should have legal personhood because of their complex cognitive abilities. The group is seeking the release of Stony Brook chimpanzees Hercules and Leo. The hearing is scheduled for May 6.

The Nonhuman Rights Project suffered a setback in another case that sought the release of a chimp named Tommy. In December, a New York appeals court refused to extend habeas protection to the chimp being held at a used trailer lot.