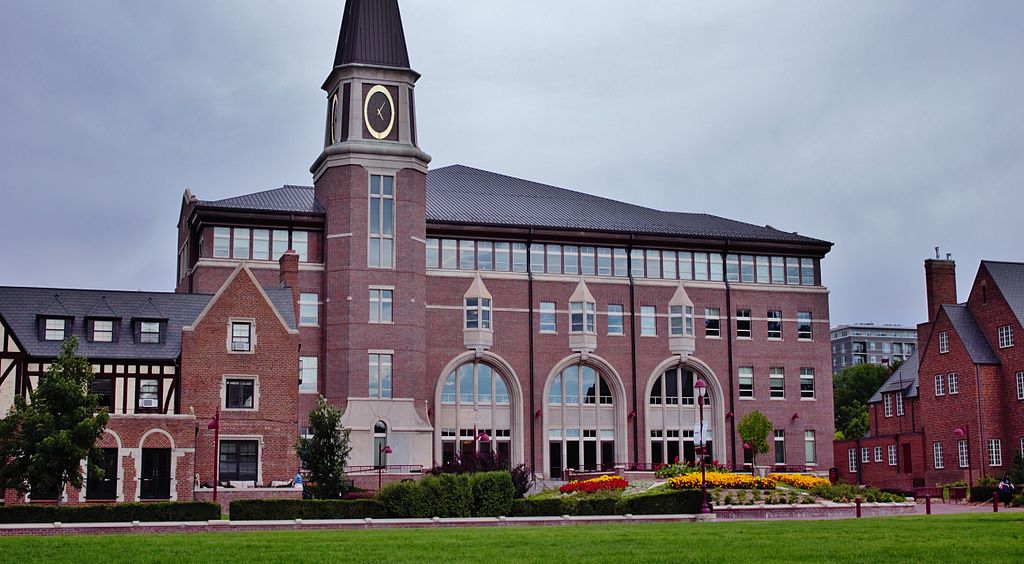 University of Denver Sturm College of Law. Photo by Coopersmith via Wikimedia Commons.

Seven female professors at the University of Denver Sturm College of Law will receive back pay, compensatory damages and compensation increases stemming from an equal pay lawsuit brought in 2016 by the U.S. Equal Employment Opportunity Commission.

The settlement, which includes a $2.66 million monetary award, was announced Thursday in a news release from Hutchinson Black and Cook, a law firm that represents the plaintiffs.

“My hope is that this case will put law schools and other employers everywhere on notice that the EEOC means business—and that women will no longer put up with being paid less than men,” Lucy Marsh, the initial plaintiff, said in the release.

Besides a monetary payment, the law school agreed to significantly increase the women’s pay, according to the release, and it will submit to having oversight from an monitor for the next five years. Additionally, the university will hire an labor economist to provide the monitor with annual pay equity studies at the law school, based on compensation data and criteria.

Marsh, a property law professor, is the law school’s second-most-senior full professor, according to the release, and she discovered in early 2013 she was the lowest paid of the law school’s tenured faculty. In 2012, Marsh reportedly earned $109,000.

A memo from Martin Katz, the law school’s former dean, brought the pay discrepancies to Marsh’s attention. He reportedly wrote that female full professors made $16,000 less on average than male professors, but claimed that the pay disparity could be due to several factors, including differing merit raises and starting pay.

In a statement about the settlement, the University of Denver wrote that the agreement will not affect scholarships, financial aid or day-to-day operations at the school.

“DU undertook the settlement process with great seriousness, deliberation and care for all involved, which by its nature took longer than we would have liked. While confident in our legal position, we were motivated to action by our strong desire to heal our community and move forward together,” the statement read.

In 2015, when the EEOC made its finding for Marsh, the university’s chancellor in a statement claimed a consultant had found that pay differences were due to a professor’s rank, duties, age and performance scores. The statement said Marsh’s salary was lower because of her “substandard performance in scholarship, teaching and service.” Marsh countered at the time that she has won several teaching awards and her Tribal Wills Project had been recognized by the state supreme court.

Next:
Mentoring in the legal profession has had to adapt to a changing world