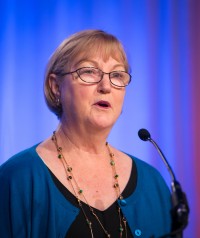 Corrected: The ABA House of Delegates concurred Tuesday with the action of the Section of Legal Education and Admissions to the Bar’s governing council to make a dozen changes in the law school accreditation standards.

Most of the changes were either technical corrections or clarifications of revisions made during the section’s six-year project to overhaul the standards, which was completed last year.

The changes sailed through the House with only one hitch.

The ABA Commission on Lawyer Assistance Programs objected to one change that it contended made attendance-taking in class, which had been mandatory, discretionary.

John Kudel, a delegate from Maryland who serves on the policy committee of the commission, said failing to come to class is one of the early warning signs of someone with a substance abuse problem. 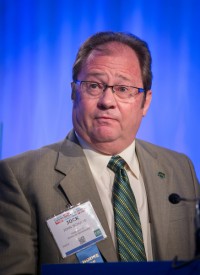 John Schulte, the Commission on Lawyer Assistance Programs’ liaison to the Board of Governors.

“We think mandatory attendance-taking is essential,” he said.

And John Schulte of Montana, the commission’s liaison to the ABA Board of Governors, said the revised language only requires law schools to have sound academic standards, including those for “regular” class attendance.

“Regular does not mean required,” he said.

But Utah Supreme Court Justice Christine M. Durham, one of the section’s two delegates to the House, said the change in language “does not change anything” in terms of attendance requirements.

“We understand there is some concern that we’ve turned a mandatory requirement into a non-mandatory one,” she said. “That indeed is not the case.”

With that, the House, on a voice vote, concurred with all of the council’s changes, which take effect immediately.