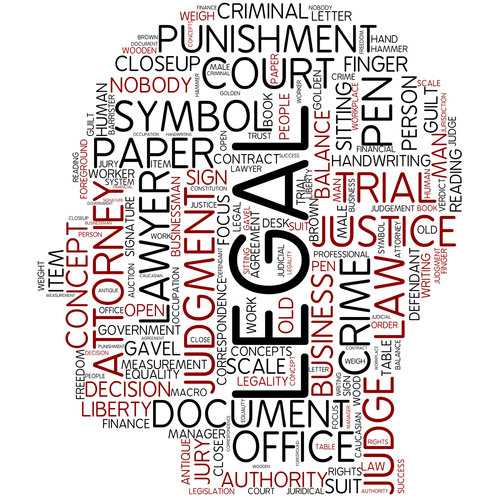 A judge had to explain the meaning of “alleged” Monday to a 9-year-old boy charged with murder in the arson deaths of five people in the central Illinois town of Goodfield. “It means someone accuses you,” Judge Charles Feeney said. “If I accuse you of wearing a purple shirt … I allege you’re wearing a purple shirt.” Feeney also had to explain the meaning of “dwell” and “arson.” (The Chicago Tribune)

U.S. District Judge Amy Berman Jackson won’t allow prosecutors to show a clip from The Godfather Part II at political consultant Roger Stone’s upcoming trial for alleged actions to impede a congressional investigation of Russian influence in the 2016 presidential election. The clip is intended to explain what Stone meant when he allegedly urged a witness to “do a Frank Pentangeli.” The reference is to a character in the movie who claimed at a congressional hearing to know nothing about his career in the Mafia. Jackson said the video clip could be prejudicial, but she did allow prosecutors to introduce a transcript of the scene. (The National Law Journal, Courthouse News Service, the Hill)

Dentons’ avowed bid to become the nation’s “first truly national law firm” has raised objections from Greenberg Traurig, which says it embarked on such a mission in 1984. Dentons announced its aim earlier this month when it acquired two regional law firms through a “dual partnership” model. The arrangement allows the smaller firms to maintain their autonomy and their members to be partners of both firms. Richard Rosenbaum, Greenberg Traurig executive chairman, points out that his firm has 31 offices in the United States, more than any of its rivals. “And we have done it as one unified firm,” Rosenbaum wrote in a letter published by the American Lawyer. (The American Lawyer)