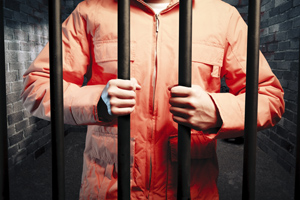 An 84-year-old former city council member in Cedar Lake, Indiana, was sentenced to 55 years in prison Thursday for killing his tax attorney. Jurors convicted William “Bill” Landske in August for the 2018 shooting death of Hobart, Indiana, lawyer T. Edward Page. Landske’s lawyer had told the judge that his client led a law-abiding life up until the day of the slaying. A pending civil lawsuit claims that Landske’s family members did nothing to stop him from carrying a gun even as his behavior became more bizarre. (NWI.com, the Post-Tribune)

California Gov. Gavin Newsom signed a bill Wednesday that requires lawyers in the state to take implicit bias training as part of their continuing legal education requirement. The state will have two years to implement the training. The law also authorizes the state judicial council to require state judges to attend similar training. (Law360)

The U.S. Supreme Court has adopted new guidelines that will generally give lead attorneys for parties two minutes to present their arguments before the first interruption by a justice. A white light will illuminate when the two minutes are up, signaling the start of questioning. (CNN, Guide for Counsel)

The U.S. Supreme Court last considered an impeachment issue in 1993 in the case of U.S. District Judge Walter Nixon of Mississippi. The federal judge was convicted of perjury in federal court and removed through impeachment. Nixon had challenged the use of a Senate committee, rather than the full Senate, to receive evidence and take testimony. The Supreme Court held that the question could not be reviewed by the courts. ABA Legal Fact Check summarizes the history of impeachment and includes information on the Nixon case. (ABA Legal Fact Check)

Trademark law firm LegalForce RAPC Worldwide has agreed to settle antitrust and trademark claims against the legal services company LegalZoom, court filings indicate. Terms of the settlement are confidential. LegalForce RAPC had alleged in several lawsuits filed against legal technology companies that they were using nonlawyers to practice law without a license. LegalZoom general counsel Ken Friedman told Law360 that sometimes settlement is “the economically rational decision,” even when you are confident of ultimately prevailing. (Law360)