Alderman is accused of using his position to solicit law firm business; his wife is a state justice 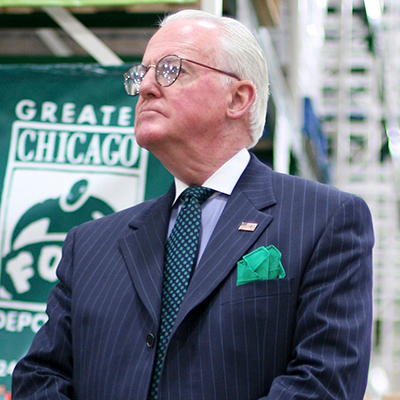 A longtime Chicago alderman has been charged with attempted extortion for allegedly soliciting business for his law firm from a fast-food company seeking a remodeling permit.

The restaurant company was identified only as “Company A” in the complaint. The Sun-Times, however, said the company was Burger King.

The complaint cites evidence from recorded phone calls and emails.

The charge against Burke stems from the Burger King’s quest for a remodeling permit in 2017 for a restaurant in Burke’s ward. Burke is accused of causing a work stoppage for more than two months during the remodeling after complaining that he had never signed off on a driveway permit.

Burke had solicited business for his law firm from the restaurant company during a meeting at a country club before the project began, then decided to play “hard ball” when the company did not deliver the business, the complaint said.

In a later meeting after the work stoppage, Burke again solicited business for his law firm and sought a campaign donation for another local politician, the complaint said. The company received a driveway permit after pledging to deliver work to Burke’s firm, though it didn’t follow through on that promise.

The company also made a $10,000 donation to the politician’s campaign committee, but the amount was later reduced to the campaign limit of $5,600.