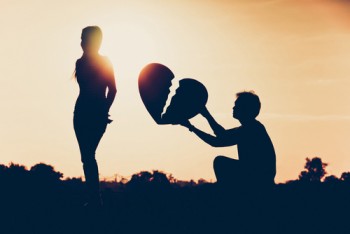 A North Carolina appeals court has rejected a constitutional challenge to two torts that allow husbands or wives to sue the lovers of their unfaithful spouses.

The decision allows Marc Malecek to sue a medical doctor, Derek Williams, accused of having an affair with Malecek’s then-wife, a nurse at the doctor’s hospital, report the Associated Press and the Winston-Salem Journal. How Appealing links to the decision.

The alienation of affections tort is based on wrongful acts that deprive a married person of the affections of his or her spouse. A criminal conversation claim is filed against a non-spouse who has sexual relations with a married person. About a half dozen states allow such suits, according to the stories.

Williams had argued the torts of alienation of affection and criminal conversation violate individuals’ First and 14th Amendment rights to engage in intimate sexual activity, speech and expression with other consenting adults.

The appeals court said at the outset that the torts “were born out of misogyny and in modern times are often used as tools for enterprising divorce lawyers seeking leverage over the other side.”

But the court said the tort claims are designed to remedy personal injury “and to protect the promise of monogamy that accompanies most marriage commitments.” That sets the common law claims apart from the sodomy law struck down by the U.S. Supreme Court in Lawrence v. Texas, according to the opinion.

“Importantly, marriage is a commitment,” the appeals court said. “Among the most central vows in a marriage is the promise of fidelity.” That broken promise causes injury to the still-faithful spouse and to society, which loses the benefits of a healthy marriage, the court said.

The torts advance a substantial governmental interest and they satisfy “a robust form of rational basis review” that was applied in Lawrence v. Texas, according to the court.

“Our holding is neither an endorsement nor a critique of these ‘heart balm’ torts,” the court said. “Whether this court believes these torts are good or bad policy is irrelevant; we cannot hold a law facially unconstitutional because it is bad policy.”

The court said there could be a successful challenge to the torts as they are applied in some cases. An example may be where a close friend counsels someone to leave an abusive spouse, the court said.