Accused dine-and-dash dater is charged with 10 felonies; was the conduct extortion? 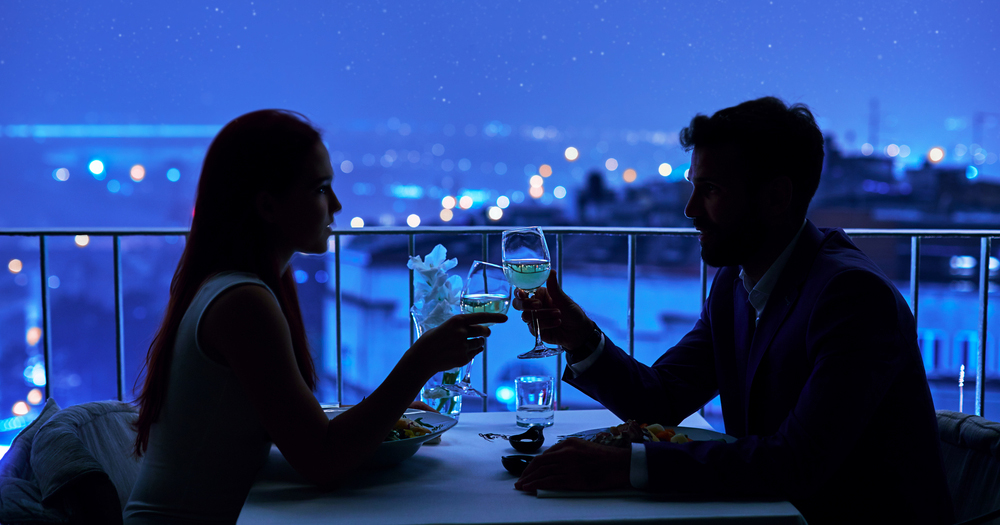 A man known as the dine-and-dash dater has been charged with 10 felonies for allegedly taking financial advantage of women he mostly met on dating apps and websites.

The suspect is 45-year-old Paul Guadalupe Gonzales. He is accused of going to dinner with women, consuming pricey meals, and then disappearing without paying any of the bill. Eight women paid the entire tab, while in two other instances the restaurants picked up the check, according to a press release by the Los Angeles County District Attorney’s office. USA Today and the Washington Post have coverage.

Gonzales is charged with seven counts of extortion, two counts of attempted extortion and one count of grand theft, all felonies that stem from the women’s complaints, according to the felony complaint. He pleaded not guilty Monday. He is also charged with misdemeanor counts of defrauding an innkeeper and petty theft from restaurants that paid the check, and petty theft for allegedly leaving a hair salon without paying.

One woman told the Washington Post that Gonzales ordered chicken, four lobster tails, expensive wine and dessert at a Los Angeles restaurant in 2016. Then he excused himself to make a phone call and never returned. The woman, Marjorie Moon, had met Gonzales on the Plenty of Fish website.

The excuses varied, according to the Washington Post and CBS Los Angeles. Sometimes he said he had to use the bathroom or get his phone charger. One woman told CBS that Gonzales left after she didn’t reciprocate his advances.

Prosecutors say Gonzales collectively defrauded the women out of more than $950.

California law defines extortion as obtaining property from another through wrongful use of force or fear. Fear can be induced by a threat to expose or impute to the victim “any deformity, disgrace or crime.” Grand theft is defined as the theft of property worth more than $950.

The felony complaint does not explain why the alleged conduct amounted to extortion. It merely alleges that Gonzales extorted property “by means of force and threat” from the women.

Loyola at Los Angeles law professor Laurie Levenson says the basis for the extortion charges isn’t clear. Sometimes in these types of cases, there is a threat to embarrass a victim who balks at a person’s demands or who wants to complain to authorities.

The maximum penalty for the charges is 13 years in prison.