Jean P. O’Grady, a knowledge strategist at DLA Piper took on this year’s Alternative Fee Arrangements at Legal Departments and Law Firms report at Dewey B. Strategic. And she noticed some other things on top of all of the stats about the prevalence of AFAs.

“A careful reading of the report shows that the real drivers of the AFA movement are not the GCs but the corporate executives and often the procurement departments who have been charged with rationalizing and reducing legal spending using the same tools they use for the procurement of office equipment,” O’Grady writes.

And law firms view AFAs as a loss leader to attract more business from their clients rather than a mutually beneficial arrangement, she writes. “But if firms don’t have the discipline and the tools for managing their own efficiencies, it is likely doomed to failure. So the real question is whether firms will invest in the development of real LPM specialists who have sufficient authority to establish best practices which become the firm’s standard procedures.”

An upside of all of this? This could be a new career path for JDs. “Certainly there is a pool of second career candidates who in a prior life worked in as IT project managers,” O’Grady wrote. “Take an unemployed law grad off the street and invest in a new kind of associate who can help build the workflow disciplines of the future.”

This week, Richard Posner, a judge for the Chicago-based 7th U.S. Circuit Court of Appeals wrote an op-ed for the New York Daily News of which the gist is that he thinks that the balance between privacy and security should be tipped in favor of security.

“Neither the word ‘privacy’ nor even the concept appears anywhere in the Constitution, and the current Supreme Court is highly sensitive, as it should be, to security needs,” Posner wrote.

“Some (like me) would argue that privacy pervades the Constitution, like the Fourth Amendment’s protection against unreasonable searches and seizures, but Poser [sic] disagrees,” Greenfield wrote. “The word may not be there, but is it a stretch to conclude that the 1st, 3rd, 4th, 5th and 9th Amendments don’t relate, as the Supreme Court has held case after case, and protect our right to privacy?”

This week at Corporette, a reader who recommended her friend for a law job at a firm where she is an intern—and just learned her employer wants to interview her friend and speak “candidly” about that friend with her—asked if there was any protocol she should keep in mind.

When talking to the hiring partner about your friend, be very explicit about whether you have actually worked with the friend or just know him or her socially. If it’s the latter, just give some insight into the accomplishments on your friend’s resume, Corporette blogger Kat Griffin wrote. Also be sure and refer to your friend by the name he or she wants to go by professionally—“Allison” as opposed to “Allie,” for instance.

And if you just want to help a friend network by introducing him or her to someone important: “First, ask both parties if it’s OK to introduce them. As in, two separate emails or calls, not a general email simultaneously sent to both parties.” 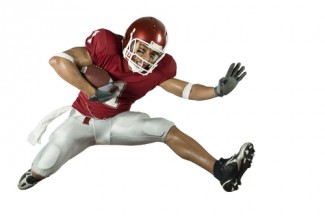 Richard George Kopf, a federal judge on senior status in Nebraska, noted some similarities between football and federal civil jury trials at Hercules and the umpire.

Kopf writes that he agrees with a recent Chicago Tribune column that made the assessment that football is dying out. “The sport is being killed by soccer moms who sensibly prefer not have their male children undertake the significant risk of traumatic brain injury,” he writes.

Much the same way, federal civil jury trials are dying out. “Among other things, our system encourages the expenditure of huge sums of money preparing a case for trial,” Kopf writes. “So, just as no soccer mom will allow her kid to strap on a helmet, no sensible person will throw away huge sums money for the opportunity to wager their fortunes before a federal jury when there are demonstrably better ways of resolving disputes.”