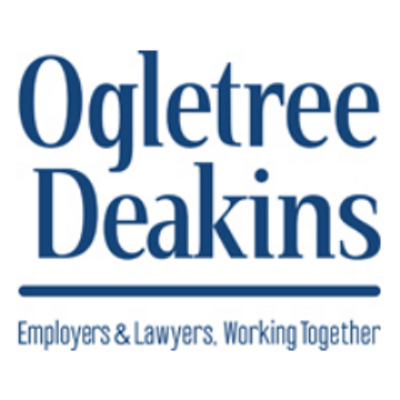 The new plaintiffs, Jocelyn Campanaro, Alicia Voltmer and Angelica Ochoa, join Dawn Knepper, the named plaintiff who filed the lawsuit Jan. 12 in the U.S. District Court for the Northern District of California. All women were nonequity shareholders, and allege that Ogletree Deakins, which has more than 850 attorneys, doesn’t give female shareholders the appropriate credit for business they generate and the work they do, or offer women the same development and training opportunities provided to men, according to a press release. They are asking for $300 million in damages.

Also, the amended complaint adds Charles Matthew Keen and Kim Ebert, the current and former managing shareholders of Ogletree Deakins, as individual defendants. The lawsuit alleges that they breached their fiduciary duty to not discriminate or retaliate against shareholders based on sex.

In a statement to the ABA Journal, Ogletree Deakins wrote that over the last four years, eight out of 11 attorneys promoted as new shareholders were women. It also said that out of four elected members of the firm’s compensation committee, two are women.

“Equal opportunity has been a core principle of Ogletree Deakins since the firm’s founding, and we do not tolerate discrimination of any kind—gender or otherwise,” the statement reads. “ We take the allegations filed by former shareholders very seriously. However, the decision-making process that governs our compensation system is both fair and equitable. In fact, we are proud of our ‘open compensation’ system under which all shareholders in the firm know what every other shareholder earns—and the factors that support those determinations.”

“Many current and former shareholders have reached out to our firm to discuss their experiences while at Ogletree,” he said in the press release. “We anticipate a second amended complaint in the near future.”

Also, in February a man who worked as of counsel with Ogletree Deakins filed a Los Angeles Superior Court lawsuit against the firm, alleging that partner Johnnie James sexually harassed him. The lawsuit claims that after the man complained to a partner and another colleague James stopped giving him work for approximately nine months. The harassment resumed when James began giving Doe more work, the suit says.

The plaintiff, who is gay and Latino, also alleges that the firm paid him less than associates with comparable experience, even though he did the same work as associates. He was told his hours were too low for a promotion, yet a straight, white associate who missed the billable requirement was recommended for partner consideration, according to the suit.

The ABA Journal in February requested comment from James. Ogletree Deakins responded with a statement.

“At no time did the plaintiff complain of alleged sexual harassment to the firm before his resignation,” the statement said. “We promptly and fully investigated these allegations once they were brought to our attention, and subsequently determined them to be false, unsubstantiated or deficient.”