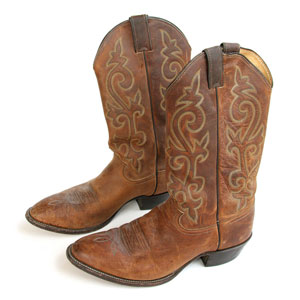 Brothers Ammon and Ryan Bundy won’t be sporting their preferred cowboy look during their conspiracy trial for the seizure of a national bird sanctuary in Oregon.

Brown said Ammon Bundy was “dressed better than most people in the building” and disagreed with a lawyer’s assertion that the “urban loafers” he wore were comical.

The U.S. Marshals Service bars those in its custody from wearing boots, neckties, shoes with laces and belts because those items could be used as weapons.

Ammon Bundy’s lawyer J. Morgan Philpot filed a motion on Tuesday that asked Brown to allow the brothers to dress in their traditional clothing, according to a prior story by the Oregonian. “These men are cowboys, and given that the jury will be assessing their authenticity and credibility, they should be able to present themselves to the jury in that manner,” he wrote.

Philpot also asserted his position in court on Tuesday. “We would prefer our clients not look like disheveled slackers in front of the jury,” he said.

Ammon and Ryan Bundy, the occupation leaders, are charged with conspiring to impede federal employees at the refuge through intimidation, threats or force, the Associated Press reports in this story previewing the trial. Protesters asked the government to turn over federal land to local control.

Marcus Mumford, another of Ammon Bundy’s lawyers, also objected to extra security measures which have been taken at the courthouse, the Oregonian reports. Mumford told Judge Brown that seeing heightened security could prejudice the jurors.

“Our lives have been threatened,” Brown responded, the newspaper reports. She told Mumford that she would not interfere with the U.S. Marshals Service’s security measures, and that the jurors would be arriving through a private entrance.