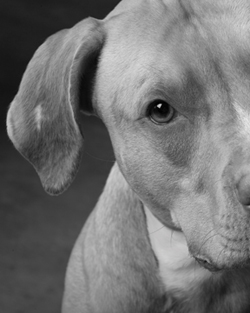 Media coverage of the BP oil spill in the Gulf of Mexico has focused—and rightly so— on people who may lose their livelihood as a result of the Deepwater Horizon rig explosion that killed 11 people in April.

But there are other victims of the oil spill that have not been able to describe their plight to reporters and cameras. Those victims are the wild animals whose habitats have been violated and who are dying from both the oil that leaked into the Gulf and from the byproducts of the cleanup effort. Among them are an estimated 400 animal species—including the brown pelican, Louisiana’s state bird.

These animals do have their advocates. In addition to widespread rescue efforts, animal rights groups are pursuing legal actions to protect Gulf wildlife in the courts.

In early July, BP and the U.S. Coast Guard agreed to have qualified scientists act as observers for every burn to ensure that turtles will be identified and removed beforehand.

Some efforts have been less successful. People for the Ethical Treatment of Animals—a controversial group based in Norfolk, Va.—has called on the attorneys general of Alabama, Florida, Louisiana and Mississippi to prosecute BP executives on charges of cruelty to animals. None has yet expressed a willingness to do so.

Despite the massive potential for death and damage to wildlife, animal welfare lawyers say current laws limit the legal options available to those who are seeking to protect wildlife. “The oil leak represents an example where tremendous pain and death are brought to individual animals,” says David S. Favre, a professor at the Michigan State University College of Law in East Lansing who is active in the animal law field. “The law presently has no easy way to deal with these individual deaths, so we can only look to environmental law for remedies.”

Efforts to protect wildlife endangered by the BP oil spill are only the most dramatic recent example of a growing movement to change the law to protect animals in a wide range of circumstances—whether as endangered species, as wildlife, as farmed animals raised to be food for humans, or as those trusted companions we refer to as pets.

Some animal protection activists are pushing for laws that would extend rights and protections to animals that have been, up to now, reserved for humans.

“Animals are closer to us than an inanimate object that we use as a tool for everyday living,” says Adam P. Karp, an attorney in Bellingham, Wash., who devotes his practice to cases involving animals. “The law should recognize animals as legal persons with the same access to justice.”

“It was noteworthy for the Supreme Court to accept cert and decide a case that involved animal cruelty which, in turn, brought attention to some of the most horrific acts of cruelty and, in turn, the need for laws to protect animals,” says Joan E. Schaffner, director of the animal law program at the George Washington University Law School in Washington, D.C. She also chairs the Animal Law Committee in the ABA’s Tort Trial and Insurance Practice Section.

Continue reading “Their Day in Court” online in the September issue of the ABA Journal.