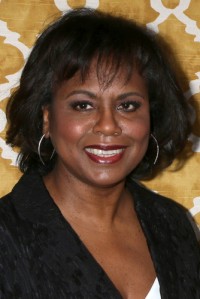 The woman who accused Justice Clarence Thomas of sexual harassment during his confirmation hearings is calling for an investigation of a lawyer’s claim that the justice groped her at a party in 1999.

Anita Hill tells the National Law Journal (sub. req.), which broke the groping story, that there should be a “fair investigation … by an appropriate body.” Hill, now a professor at Brandeis University, says the allegation by lawyer Moira Smith is credible because she told other people about it soon after the incident.

Smith told the National Law Journal that she was a 23-year-old Georgetown University graduate when the incident occurred during a dinner party where Thomas was going to present an award to a Kansas lawmaker. Smith said she was standing to the right of Thomas when he “reached out, sort of cupped his hand around my butt and pulled me pretty close to him.”

Thomas continued to squeeze as he asked Smith to sit next to him, Smith alleged. She declined. Smith is now vice president and general counsel to Enstar Natural Gas Co. in Alaska.

Thomas denied the claim in a statement. “This claim is preposterous and it never happened,” he said.

Thomas supporters are speaking up on his behalf, the National Law Journal reports in another story (sub. req.).

Former Thomas law clerk Carrie Severino, who heads the Judicial Crisis Network, said the allegation was “silly on its face.” In a post at the National Review, Severino said Thomas treated both his male and female law clerks “with the utmost respect” and “he remains one of the most important role models and mentors in my life.”

“These implausible allegations come from a partisan Democrat who is married to a partisan Democrat,” Severino said. Smith’s husband, Jake Metcalfe, is a former chairman of the Alaska Democratic Party. Metcalfe withdrew from a race for the U.S. House amid reports linking his campaign to fake websites that disparaged a rival; he said a campaign worker was responsible.

The Power Line blog, meanwhile, questions why Smith waited 17 years to make her allegation public. The blog post by retired lawyer Paul Mirengoff points out that Hill’s allegations concerned inappropriate remarks, rather than touching. The blog also considers the allegation of sexual touching at a dinner party to be “implausible. Common sense suggests that groping is unlikely to occur in that context, especially by someone as high profile and vulnerable to sex harassment allegations as Clarence Thomas.”