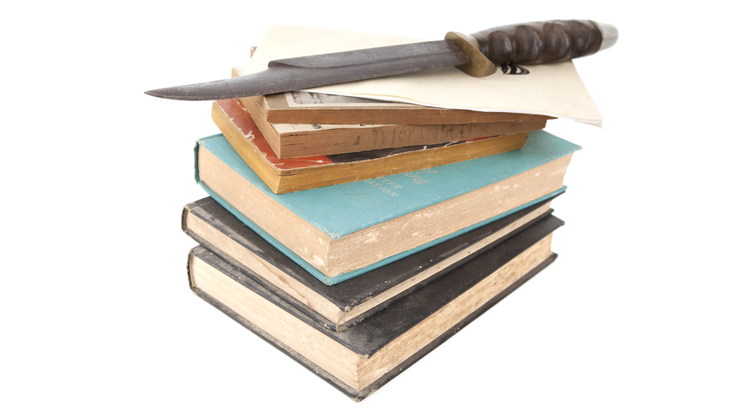 A Russian scientist working at a remote research station in Antarctica has been charged with attempted murder for allegedly stabbing a colleague in the chest.

Investigators are looking at one possible motive: The scientist, Sergey Savitsky, was enraged because the colleague was revealing the endings of books in the outpost’s library, report the Los Angeles Times, the Daily Mail, Business Insider, the Sun and Yahoo News.

The stabbing victim, welder Oleg Beloguzov, was evacuated to Chile. Savistky surrendered to the station manager and was sent to St. Petersburg where he is under house arrest, according to Yahoo News.

Both men are professional scientists who spend a year at a time at the Bellingshausen Station in the South Shetland Islands, according to an official with the Arctic and Antarctic Research Institute.

It is the first time that a man has been charged with attempted murder in Antarctica, the reports say. But a 2016 New York Times article reports on a hammer attack by a U.S. cook against a co-worker at the United States’ McMurdo Station in Antarctica.

The Smithsonian suggests a reason why Savitsky likely surrendered to his station chief. Antarctica has no police, courts or prisons, the publication reports, citing the 2016 New York Times story. There are several dozen research stations in Antarctica, and a treaty provides that the people accused of serious crimes at their research base are subject to the jurisdiction of their own countries.

At the McMurdo Station, the station chief is a special U.S. marshal with the authority to make arrests. Several countries have similar arrangements.