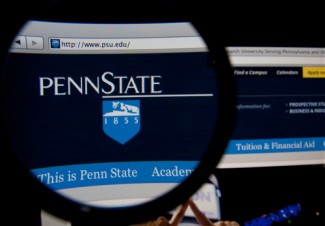 A Pennsylvania appeals court has restored the $4,900-per-month pension of a former Pennsylvania State University assistant football coach who is now serving a hefty prison term for sexually abusing minors.

Because Jerry Sandusky had officially retired long before the crimes for which he has been convicted took place, the board of the Pennsylvania State Employees’ Retirement System erred in finding that he was an “employee” under the Public Employee Pension Forfeiture Act, the appellate panel said.

“The board conflated the requirements that Mr. Sandusky engage in ‘work relating to’ PSU and that he engage in that work ‘for’ PSU,” explained the Commonwealth Court panel in its Friday written opinion, which is available on Scribd. “Mr. Sandusky’s performance of services that benefited PSU does not render him a PSU employee.”

A spokesman for the retirement system said it has not yet decided whether to appeal the ruling further, Philly.com reports.