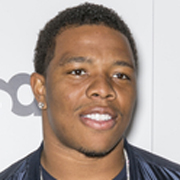 Suspended indefinitely in September over his treatment of his then-fiancee earlier this year, former Baltimore Ravens running back Ray Rice has won his appeal.

A former federal judge serving as a neutral arbitrator has reinstated Rice, citing the need for the NFL to be “fair and consistent” in its discipline of players, reports CNN.

Since Rice had already been disciplined with a two-game suspension for violating the league’s personal conduct policy, NFL Commissioner Roger Goodell should not have subsequently imposed an indefinite suspension on Rice, said arbitrator Barbara Jones.

“Because Rice did not mislead the commissioner and because there were no new facts on which the commissioner could base his increased suspension, I find that the imposition of the indefinite suspension was arbitrary,” explained Jones in her written decision. “I therefore vacate the second penalty imposed on Rice.”

In disciplining Rice the second time, Goodell had cited newly publicized video footage that seemed to show Rice landing a punch on the chin of the woman who is now his wife and dragging her unconscious from an elevator in an Atlantic City casino. She reportedly may have hit her head on an elevator handrail after the punch knocked her off her feet.

But Jones said the NFL was to blame, not Rice’s description of the incident, for failing to appreciate the extent of what happened on Feb. 15 without seeing the video, CNN reports.

“[A]ny failure on the part of the League to understand the level of violence was not due to Rice’s description of the event, but to the inadequacy of words to convey the seriousness of domestic violence,” she wrote. “That the league did not realize the severity of the conduct without a visual record also speaks to their admitted failure in the past to sanction this type of conduct more severely.”

After his reinstatement was announced, Rice issued a written statement thanking his wife and other supporters. “I made an inexcusable mistake and accept full responsibility for my actions,” he said of the elevator incident. “I am thankful that there was a proper appeals process in place to address this issue.”

ESPN: “Janay Rice, in her own words”