Are Alabama judges bound by federal court? Law prof says Roy Moore is right about at least one thing 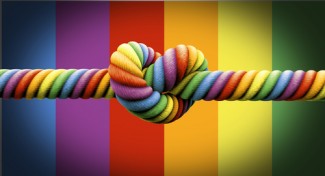 Updated: Alabama Chief Justice Roy Moore got at least one thing right when he explained why he ordered the state’s probate judges not to issue marriage licenses to gay couples, according to a Washington, D.C., law professor.

Moore has declared that his order was legally justified because federal court decisions don’t bind state court judges. The general statement is correct, according to American University law professor Amanda Frost, who had previously written a Vanderbilt Law Review article (PDF) on the topic.

The U.S. Supreme Court has never directly addressed the weight that state courts should give to lower federal court precedent, at least outside of habeas litigation, Frost writes in her article. However, Justice Clarence Thomas stated his view in a concurrence to the 1993 case Lockhart v. Fretwell that state courts are under no constitutional obligation to follow lower federal court precedent.

Frost sees an important distinction in the case of Alabama probate judges. “Probate judges, when they are issuing marriage licenses, are not being judges in my view,” Frost says. “They are exercising executive authority, and executive branch officials do have to follow a lower court decision.”

Now that the probate judge is a party to the federal litigation, Frost says, he is obligated to follow Granade’s order because he is acting in an executive capacity.

Davis was among state probate judges forced to decide whether to issue marriage licenses to gay couples this week after Moore issued his order on Sunday night, a day before expiration of a stay that had temporarily blocked Granade’s ruling from taking effect. The U.S. Supreme on Monday refused to extend the stay. Most probate judges refused to issue marriage licenses to gay couples as the week began.

Davis filed a petition with the Alabama Supreme Court on Monday seeking guidance on Moore’s authority to direct the probate judges not to issue gay-marriage licenses. On Wednesday, the state high court tossed the case, saying Davis’ petition was, in substance, a request for an advisory opinion that it had no authority to issue.

A concurrence (PDF) by Alabama Justice Mike Bolin, a former probate judge, referred to the case as a legal “circus” that had left probate judges in a ” ‘darned if I do, darned if I don’t’ dilemma.” He noted Frost’s law review article, saying the legal issues she raised illustrated “the probable angst and consternation” of probate judges.

Frost’s law review article acknowledges the generally accepted rule that state courts are free to ignore lower federal court precedent, but argues the idea “rests on surprisingly shaky foundations.” She suggests that Congress should require state courts to follow federal precedent, although she anticipates there would be a challenge to its authority to do so.

Updated at 2:50 p.m. to correct a reference to Professor Amanda Frost’s place of employment. Frost works for American University’s Washington College of Law. Updated at 4:15 p.m. to include ruling by by Judge Callie Granade.