Are law students driven by money? It's not most important, survey finds 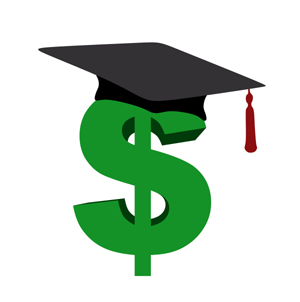 Why attend law school? A lucrative career wasn’t a primary motivation for surveyed graduates of one law school, although the survey indicated financial security is becoming more important.

Those were the top reasons cited by surveyed alumni of the Boston-based school, who graduated in four different decades, ranging from the 1970s to the 2000s. Writing at the Legal Whiteboard, Indiana University law professor William Henderson summarizes findings of the survey (PDF), which generated responses from more than 800 law grads.

Some factors did change over time, however. The desire to acquire transferable skills became more important for more recent law grads, as did the goal of eventual financial security.

In focus groups, those who attended law school in the 1970s and 1980s said the decision wasn’t difficult because tuition was relatively low and jobs were relatively plentiful. The increasing cost of a law degree likely had an influence on students and their decision-making, Henderson writes.

In a separate post, Henderson says Northeastern is an interesting case study because, for nearly 50 years, the law school has required four 11-week cooperative placements as a condition of graduation. Experiences during the co-op program changed the career plans of about half of all Northeastern graduates, the survey found.

It’s unclear how the students differ from those attending other law schools, Henderson says. Northeastern graduates are more likely to work in government or public interest than other law school grads, but private practice is still the most common practice setting. By mid-career, however, nearly half the graduates had worked in government. Since the 1990s, private industry has become a more prominent career path.