Are you a workplace 'flight risk'? Average tenure in legal jobs is 5.4 years 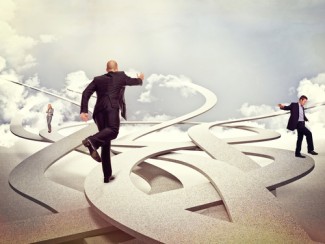 Some companies are so focused on retaining employees that they employ experts to figure out, statistically, which workers are most likely to leave.

Employers such as Wal-Mart and Credit Suisse Group use the analytics to warn managers about possible workplace “flight risks” so they can boost retention efforts, the Wall Street Journal (sub. req.) reports.

At Credit Suisse, employees are more likely to leave if they work on large teams with low-rated managers, the story says. At Box Inc., a worker’s pay or relationship with his or her boss matters less than feeling connected to a team.

Data scientists have also discovered employees who spend less time with colleagues and at work events are more likely to leave, as are employees who waive benefits coverage.