Are you smarter than a robot? Lawyers, surgeons make list of jobs being replaced by computers 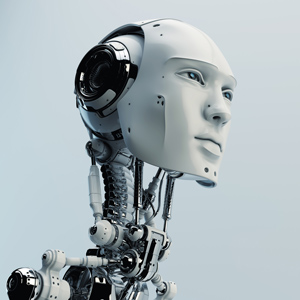 In past years, blue-collar jobs were most threatened by automation.

IBM’s Watson computer has already demonstrated its prowess at Jeopardy and has bested humans in diagnosing lung cancer. The ramifications have produced a “drumbeat of worry,” Forbes says. The story cites a grim estimate by University of Oxford researchers that 47 percent of U.S. jobs could be taken over by computers by 2033.

Forbes lists five professional jobs that are already being threatened by automation. They are:

1) E-discovery lawyers and law-firm associates. The story notes the role of software programs in e-discovery. “It’s also conceivable in the near future,” the story says, “that a legally-trained Watson might be able to construct a system with a vast store of cases and precedent and create drafts of briefs – the sort of research and writing work generally handled by associates in law firms.”

2) Financial and sports reporters. The Associated Press has experimented with using software to automatically create corporate earnings reports, and its sports department has used automation to generate reports for events with small audiences.

3) Online marketers. Software can be used to determine which email subject lines will get the best response and which wording will have the best emotional appeal.

ABA Journal.com: “10 predictions about how IBM’s Watson will impact the legal profession”

ABA Journal: “Seeing the possibilities of automation, Tim Hwang is working toward the death of practice-as-usual”