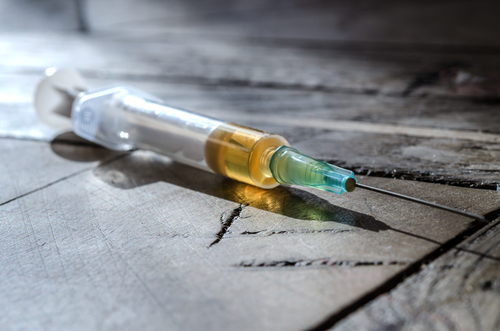 Arizona’s attempt to import a lethal injection drug not approved for use in the U.S. was thwarted in July by federal agents who caught the shipment at the Phoenix airport, the Associated Press reports.

The sodium thiopental had been used previously for executions in the U.S. but is no longer manufactured by companies approved by the FDA. The $27,000 shipment was seized after arriving on a British Airways flight at the Phoenix International Airport, according to documents obtained by the AP.

Arizona Department of Corrections officials are challenging that federal enforcement.

“The department is contesting FDA’s legal authority to continue to withhold the state’s execution chemicals,” says Andrew Wilder, a spokesman for the Department of Corrections.

Arizona has asked the FDA to let the state have the seized shipment on the promise that it won’t use the drug without approval by the agency or a court. The FDA refused.

The documents regarding the seizure surfaced in litigation against the prison system over release of information about executions, and the AP is a party in the lawsuit. Arizona hasn’t executed anyone since July 2014, after a nearly two-hour ordeal in the execution of Joseph Rudolph Wood, whose breathing was labored and noisy much of that time, the Arizona Republic reported at the time.

States still carrying out executions have had difficulty obtaining drugs for lethal injections. European companies that manufacture the drugs that were commonly being used–such as the anesthetic drug seized at the Phoenix airport–stopped selling them in the U.S. because of opposition to the death penalty, Bloomberg reported earlier.

The documents did not indicate the source of the drugs seized in July. Nebraska was told earlier this year that a shipment of a lethal-injection drug for which it had already paid $54,400 to a distributor in India could not legally be imported. Other states also have been looking to the international market. Ohio, which has suspended executions because no drugs are available, recently wrote to the FDA saying it believes it can legally purchase them from overseas.

Texas, however, said on Thursday that it has gotten a license from the Drug Enforcement Administration to import sodium thiopental for executions, though the Department of Criminal Justice declines to say whether the state had bought or received any yet from overseas.