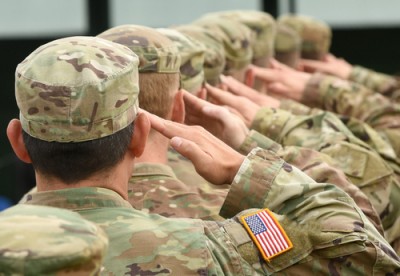 The U.S. Army has reversed its discharge of a Brazilian-born recruit after his ouster garnered widespread media coverage.

According to the Washington Post, court papers filed Monday say the Army plans to “comply with the applicable law and regulations governing administrative separations of soldiers.” That filing came in the case of Lucas Calixto, who had sued the Army for discharging him without explanation other than a notation saying “personnel security.” His lawsuit alleged that the Army was violating its own laws and policies, as well as Calixto’s Fifth Amendment due process rights.

Calixto is one of more than 40 immigrant recruits who allege the Army discharged them for no clear reason, as ABAJournal.com reported earlier this month. Calixto had begun work and was promoted to private second class not long before being discharged. His discharge papers provided no stated reason, but under “additional information,” said “MAVNI—Military Personnel Security.”

MAVNI is the Military Accessions Vital to the National Interest program, which offers certain immigrants the ability to join the military if they have specific skills, and fast-tracks their naturalization. Calixto was recruited for his Portuguese language skills, the Post says. The other immigrants who say they were discharged suddenly and without explanation were also MAVNI participants, the original AP story said, recruited for their language or medical expertise.

“We are pleased that the Army recognized that Mr. Calixto’s discharge was improper and will be revoked,” Douglas W. Baruch of Fried, Frank, Shriver, Harris & Jacobson, one of Calixto’s lawyers, told the Post. “He and we know of no reason why the Army wouldn’t want him to complete his eight-year service commitment.”

Immigration lawyer Margaret Stock of Anchorage, Alaska—who retired from the Army Reserve as a lieutenant colonel—said it was telling that the Army did not oppose Calixto’s request for an injunction.

Stock, an active ABA member, told the Post there are dozens more like Calixto, many of whom had contacted her office. Those soldiers claimed to her that the Department of Defense said they were discharged because they had relatives overseas or because the DoD had not completed their background checks, she told the AP earlier this month. Then, she said, the Army claimed the soldiers had not met the background check requirement.

The background checks for immigrant soldiers have been tightened several times in recent years. When former President Barack Obama included “Dreamers” in the MAVNI program, a political backlash led to additional security screening. The Trump administration added yet more. According to the Post, the backlog for the checks is now so long that recruits whose time in the United States is limited have lost their legal status while waiting for the background checks to clear.

The Pentagon cited multiple pending lawsuits when it declined to provide the Post with information about whether any MAVNI recruits have been accused or convicted of undermining national security. It’s not clear whether any of those lawsuits may be affected by the decision in Calixto’s case.