Around the Blawgosphere: 'Financial Literacy' at NYU Law; A 10th Law School in Illinois?

“That seems an important kind of course to make available to law students, but to require it seems to involve an assumption about career paths that isn’t warranted,” University of Chicago law professor Leiter wrote at his blog.

Fleischer thinks it’s a wise move, however. “Few law students go into academia or become public defenders,” he wrote. “But the more common narrative is for law students to arrive at law school with a vague notion of doing international or environmental law, then meander aimlessly around the curriculum. Eventually, realizing that gainful employment is probably a good idea, they find themselves in a job interview wondering what in the world a bond covenant is. At that point, offering an elective course in accounting and finance is too little, too late.”

Fleischer writes that in his opinion, law schools should “play matchmaker, guiding students toward specialties that are likely to endure. … There is a risk that schools will guess wrong on this question, leaving students with a useless certification. But the alternative to specialization is the status quo.”

Both Matt Leichter at The Law School Tuition Bubble and University of Colorado law professor Paul Campos at Inside the Law School Scam noted a Journal Star story stating that “a group of legal experts concluded in a hush-hush study—never revealed publicly until now—that central Illinois boasts a market for a law school.” Some envision that law school being a private one attached to Bradley University in Peoria.

“A secret study by ‘legal experts,’ eh?” Leichter writes. “Here, I’m a legal expert: According to the Illinois Department of Employment Security, Economic Information and Analysis Division (PDF), Illinois will add 1,092 lawyer jobs (392 from growth and 700 from replacement) per year between 2010 and 2020. In 2011, 2,183 people graduated from Illinois’ law schools. See, no need to keep it secret!”

Campos thinks the arguments for having a law school in Central Illinois (well—another one, as there is already one at the University of Illinois in Champaign-Urbana) don’t hold water, and that the proponents are misguided. “What’s going on here, I think, is that these Bradley alums want their alma mater to benefit from the ‘prestige’ of having a law school,” Campos wrote. “The benefits they would get from this project are psychic, which makes it easier for them to interpret their own motivations as genuinely altruistic. They really believe they would be doing their university and its surrounding community a service by starting a law school.”

Will It Get Better?

Jackson, Miss., solo Philip Thomas writes this week at MS Litigation Review and Commentary that he’s rethinking moving his move to the cloud (which he decided to do a few weeks ago after his computer server crashed) after this week’s Amazon crash that caused his blog to go down Monday.

“So servers are better, right?” he writes. “Not necessarily. At the law firm where my wife works, the firm’s servers were down all Monday morning. They were probably wishing they were on the cloud. Apparently, both options suck. Perhaps old guy who never got a computer and gets his secretary to print all his emails for him to read has it right after all.”

Much to his surprise, he realizes he doesn’t think his computing is any more efficient or his equipment any more reliable than 10 years ago. “I am more dependent on the computer and internet than ever. But it doesn’t work better than ever. When will that change?” 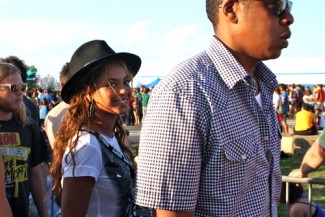 Winthrop & Weinstine associate Martha Engel writes at DuetsBlog that a number of media outlets, such as Rolling Stone, ran misleading headlines about a recent ruling by the U.S. Patent and Trademark Office regarding Beyonce and Jay-Z’s bid to trademark “Blue Ivy,” their daughter’s name. The headlines read that the celebrity couple lost their bid because the office ruled that a Boston wedding planner already operating under the Blue Ivy name can continue to do so.

“Hold your horses, single ladies, you might want to check on it,” Engel wrote. Beyonce and Jay-Z “got about 99 goods and services in their application for BLUE IVY CARTER, but event planning ain’t one. …Meanwhile, the BLUE IVY CARTER application has a plethora of goods and services—including beauty products, toys, baby products, electronic devices, online retail store services, and entertainment services—and will be published for opposition soon.”