Right across from the Apple store in Palo Alto, Calif., is the retail location LegalForce, which DirectLaw founder Richard Granat describes as “a kind of Apple Store for legal stuff and other stuff (self-help law books, non-Apple tablets, tablet accessories, etc)” at eLawyering Blog.

Granat (who discloses that his company has created a product for LegalForce and a kiosk for the store) says that store staffers call themselves “concierges,” which he thinks the world needs more of. He writes that immediate goal of LegalForce is to provide a place where lawyers can meet with potential clients and provide community law classes; while the ultimate goal is to create a network of law firms for consumers attracted to online legal document companies like LegalZoom and RocketLawyer “but want something more.”

Did the king get a fair shake? 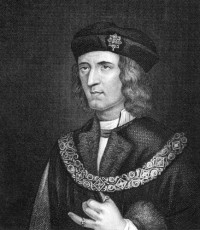 Word has been out all week that the remains of King Richard III were discovered underneath a parking lot in the English city of Leicester, and a bureaucratic dispute has already begun about where the 15th-century monarch will be reburied. But Baltimore lawyer Jennifer Lubinski took note of the late king’s legal legacy at her blog, Work Product.

Richard III is widely considered to have instituted the Court of Requests, “an equity court to which the poor could apply for redress of wrongs. The costs to prosecute a case in the Court of Requests were low, and decisions were handed down quickly,” Lubinski wrote. “Evidentiary requirements were relaxed so that expensive legal representation was unnecessary.” She notes that Richard III is also credited with instituting the concept of bail in 1484.

“These advances in legal procedure and fundamental fairness lead me to think that Richard has been unfairly maligned, and that perhaps a lifetime of being despised for a physical deformity over which he had no control made him sympathetic to the needs of outcasts and people of limited means,” Lubinski wrote.

The use of career coaches is becoming more prevalent at Am Law 200 firms and elsewhere, according to a recent survey, Vivia Chen writes at the Careerist. Many firms are “grooming their own,” instituting a full-time coach position and often hiring an associate from within their ranks for the job. What are some firms with in-house coaches? Arnold & Porter, Mayer Brown, O’Melveny & Myers, Orrick, Perkins Coie, Venable; Wilson Sonsini and Womble Caryle, Chen writes.

Nancy Manzo of Manzo Coaching & Consulting, which conducted the survey, told Chen that firms are doing this to reduce associate attrition and develop high-potential partner candidates. “Firms are investing a ton of money in recruiting, and now they’re trying to find ways to care for and keep the people they’d like to stay.” Manzo says that the practice is still so new that there isn’t much data about how firms’ retention rates or billings are affected by staffing on-site coaches.

When you just want your money

This week, The Namby Pamby, a Chicago civil litigator, was not paid on time. “This is unfortunately happening more that I like to admit. Payday comes, payday goes and pay is not deposited into my bank account. … I don’t want to say that I am getting used to this nonsense, but after the most recent iteration of this irritation I’ve realized I tend to do the exact same thing while suffering through the same bureaucratic process.”

Which is to say, he goes through his own five stages of grief. The first stage? Anxiety. “I don’t tell anyone when it first happens,” he wrote. “I check my bank account hoping to see the good news of a new lump sum collecting zero interest only to see the same balance as I did the day before. It is at that time my stomach drops to my feet and I begin the mental calculations to make sure there will be funds to cover the auto payments that will be going out in a matter of hours. Once assured that I will not be defaulting on my obligations to the loan servicer, the power company or American Express, I then unleash a string of hushed profanity directed at my coffee cup. Which leads to me obsessing about the day that lies ahead.”

Read the rest of the post to see the other stages.