Ten years ago this First Monday, SCOTUSBlog was born. Tom Goldstein and (his wife) Amy Howe’s blog “had 30 hits, and [we] were astonished; really, we were too embarrassed to quit, once we had a few readers,” Goldstein wrote at SCOTUSBlog. “Almost a decade later, on the day that the court decided the health care case, we had roughly 5 million hits and 1 million simultaneous users.”

SCOTUSBlog, as a tool to promote their law firm, was a failure, Goldstein wrote, but it “seems to have succeeded as a public service.” Indeed, it was reported in 2009 that Goldstein was spending $100,000 of his own money every year to fund the site. But big things have happened for Goldstein and the blog since then: reports emerged in late 2009 that NBC was developing a TV series based on Goldstein; SCOTUSBlog gained Bloomberg Law as an exclusive sponsor; and Goldstein appeared on the Daily Show.

And at the time of the Affordable Care Act ruling, it was reported that President Barack Obama would be in an aide’s office waiting for SCOTUSBlog’s report on the decision. 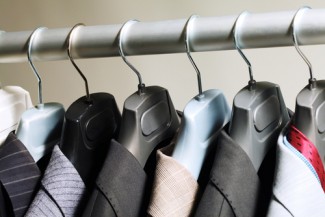 You Need More Than Three Suits

Late last week at Lawyerist, Philadelphia lawyer Leo M. Mulvihill shared with readers how horrified he was when he learned that his law firm partner Jordan Rushie only owned three suits. He then went on to share—without explicitly saying what he will pay for an ensemble—how he has accumulated a double-digit suit count without going broke or stooping to polyester.

Mainly, Mulvihill says, he knows good brands; he knows his measurements so he doesn’t waste money on ill-fitting suits; and he does not eschew eBay or thrift stores when looking for suits, ties and shoes. One should also know when a tailor can’t make up for a suit’s shortcomings. “Altering the shoulders, chest, or length of a suit jacket is major clothing surgery that will make buying used a useless endeavor if you’re trying to save money,” Mulvihill wrote. “There’s also a big chance that even after the alterations, the jacket won’t look quite right. You’re better off buying something that fits.”

Meanwhile, women on the hunt for suits can check in with Corporette every Wednesday to get a lead on a suit that’s available for purchase online.

At Sentencing Law & Policy, Ohio State University law professor Douglas Berman took note of a post at NBC Chicago’s Ward Room blog about how both President Barack Obama and his challenger, Mitt Romney, are from states that have abolished the death penalty—and how that fact takes the issue off the table in this election.

But Berman writes that he thinks the death penalty needs to be an issue. “The federal death penalty has been in a mysterious state of suspension even since the Baze [v. Rees] lethal injection litigation created a moratorium on executions more than five years ago.” Citing the Death Penalty Information Center, Berman says there are more than 50 federal prisoners on death row, some of them put there during the Obama administration. “The federal chief executive (and his appointed attorney general) has some unique death penalty responsibilities and thus ought to at some point in a campaign speak to his views on how best to discharge these responsibilities.”

What Will It Take?

This week at the Careerist, blogger Vivia Chen asked Joseph West president and CEO of Minority Corporate Counsel Association, why the rate of lawyers of color securing general counsel positions is outpacing the rate of minorities making partner in BigLaw.

West thinks that decisions regarding hiring and promotions are more transparent at corporations than they are at law firm partnerships. “I can’t tell you how often I talk to high-achieving associates who have no idea how [partnership] decisions are made,” West told Chen. “Major publicly traded companies have regulatory bodies, board oversight, and a customer base that’s mindful of hiring policies. Large corporations pay more attention to diversity and inclusiveness. That message hasn’t gotten to law firms yet.”

But West told Chen that having more lawyers of color in general counsel positions (according to MCCA, the minority GC rate just hit an all-time high of 9.4 percent) isn’t exactly what will push law firms to hire and elevate more minority lawyers. “The commitment from the GC level is important, but that’s not the whole solution,” West said. “What’s important is the culture. At Wal-Mart and Microsoft, there are a lot of white males who advocated for diversity. As a threshold matter, it might help if the GC is a diverse lawyer—but the inquiry doesn’t end there.”