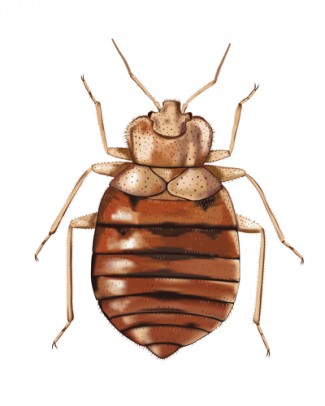 A New York man is suing the city for allegedly being placed in a bedbug-infested holding cell overnight for mouthing off to a police officer during a 2011 arrest.

Eric Marrero, 22, claims he was placed in the bedbug-infested holding cell at the Staten Island precinct house after asking the officer who was escorting him to pull up his pants for him. Marrero said his pants had fallen to his ankles after police had removed his belt, the Staten Island Advocate reports.

Marrero says the bedbugs feasted on him throughout the night, and that despite repeated complaints and requests to go to a hospital, officers ignored him and kept him in the cell until morning. At one point, an officer told him he had been instructed to keep him in that cell overnight, the suit alleges.

The suit, filed Friday in Brooklyn federal court, names the city, the arresting officer, identified in the suit as Steven Sposito, and several other yet-unidentified officers as defendants.

According to the suit, Marrero was a passenger in a car that had been stopped by the police on June 7, 2011. Marrero’s lawyer, Jason Leventhal, told the newspaper that police found drugs on the driver and in the car, which the driver admitted were his, but still arrested Marrero.

At the precinct house, officers removed Marrero’s belt, which caused his pants to fall to his ankles. Marrero asked the officer to pull up his pants, and when the officer refused, Marrero tripped as he tried to walk down a flight of stairs, the suit alleges.

Then the officer called him a “smart-ass,” the suit alleges, and told him he had “something special” for him.

A few weeks after Marrero’s arrest, police shut down the precinct’s holding cells so they could be fumigated, according to the suit. Those charges against Marrero were eventually dropped.

A spokeswoman for the city’s law department said it had yet to be served with a copy of the suit.