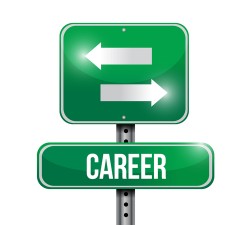 The legal profession is aging as the percentage of younger lawyers continues to shrink in a decades-long trend.

In 1980, 36 percent of the nation’s licensed lawyers were under age 35, compared to just 13 percent in this age group in 2005. The figures come from The Lawyer Statistical Report, which is based on data from Martindale-Hubbell and compiled by the American Bar Foundation. Meanwhile, the median lawyer age also increased from 39 in 1980 to 49 in 2005.

Indiana University law professor William Henderson notes the statistics in a post at the Legal Whiteboard. “One would think the trend line would be moving in the exact opposite direction,” Henderson writes. The assumption would be that larger law-school graduating classes are replacing the much smaller number of law school graduates from 40 years before who are retiring or passing away.

Henderson considers why the percentage of younger lawyers is shrinking.

It’s possible that Martindale-Hubbell can’t track down all the younger lawyers, but Henderson suspects the difficulties don’t fully account for the drop-off in younger lawyers.

It’s also possible the decline in younger lawyers is because women, who are going to law school in increasing numbers, are more likely to drop out of the profession to raise children. But Henderson says this is only a partial explanation, since the woman lawyers would likely be dropping out of the profession both before and after age 35. But the percentage of lawyers aged 35 to 64 is increasing.

The most likely explanation, Henderson says, is that the rate of absorption of law grads into the licensed bar is steadily declining over time. “Arguably, the simplest explanation for these patterns is that it has gotten much harder over time to parlay a JD degree into paid employment as a licensed lawyer,” Henderson says. “So, faced with a saturated legal market, law school graduates have been pursuing careers outside of law.”

Henderson also points to the After the JD study tracking law grads from the year 2000. In 2012, nearly a quarter of those grads were not practicing law. The drop-off occurred despite a better employment picture for those law grads. About 77 percent of the class of 2000 obtained full-time legal jobs nine months after graduation, according to the National Association for Law Placement. The situation was much worse in 2013, when only 57 percent of law grads that year had full-time bar-passage-required jobs, according to ABA data.

Some have suggested that law schools need to do a better job of creating practice-ready lawyers to combat pushback from clients who don’t want to pay law firms for training new hires. But Henderson says that solution doesn’t account for “a new segment of the legal economy … that is financed by nonlawyers and heavily focused on data, process, and technology, which taps into skill sets not traditionally taught in law school.”

Henderson says law schools need to figure out how to deal with the changes occurring in the legal marketplace, and the organized bar needs to address the demographic shift.