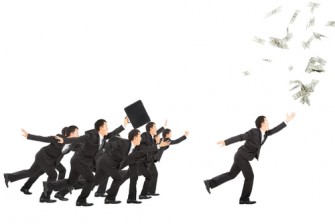 Law firm billing rates nearing $1,500 an hour are getting some press, but the reality is that realization and collection rates have plummeted.

Am Law Daily columnist Steven Harper points to the collection figures in a report (PDF) by Georgetown University Law Center and Thomson Reuters Peer Monitor. By the end of 2015, the realization rate for law firms was 83 percent, down from 93 percent in 2005.

Collection difficulties and discounting aren’t a problem in bankruptcy court, however, which was the source of those $1,500 hourly billing rates publicized by the Wall Street Journal.

“Rather than challenge the high rates that all firms charge,” Harper writes, “bankruptcy judges determine merely that they are ‘reasonable and customary’ because, after all, comparable firms are charging them for comparable work. The circularity is as obvious as the resulting payday for the lawyers.”