As Other States Watch, Florida’s Redistricting Fracas May Set the Lines for the Future 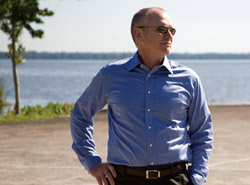 The polls had closed only hours earlier when the electronic complaint sailed across the virtual transom over the federal courthouse door in downtown Miami just shy of 2 a.m. on Nov. 3, hitting the docket with a resounding thud.

Nearly two-thirds of the Florida voters who went to the polls the day before had cast ballots in favor of two state constitutional amendments that for the first time directly restrain lawmakers when they set out to draw new district lines for seats in the U.S. House and for both chambers of the Florida legislature.

But two incumbent politicians want to undo that vote and save their jobs by persuading the court to strike down the new rules. Though the voters spoke loudly, the representatives insist the job of line-drawing resides correctly now where it always has—with state legislators. U.S. Reps. Corrine Brown, an African-American Democrat from Jacksonville, and Mario Diaz-Balart, a Cuban-American Republican from Miami, filed the first of what likely will be endless lawsuits across the country claiming one side or the other is getting the short end of the redistricting stick. Both representatives say they’re protecting their constituents, not themselves.

Click here to read the rest of “Adjustable Seating” from the June issue of the ABA Journal.