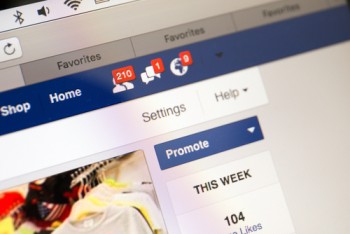 Facebook revealed last week that it had discovered an operation likely based in Russia had spent $100,000 on political ads. The disclosure raises questions about whether the ad buys were illegal.

An unidentified Facebook official said the ads, linked to fake accounts, were likely the work of a Russian company called the Internet Research Agency, the Washington Post reports. The company “has a history of pushing pro-Kremlin propaganda,” according to the Post. The New York Times and Reuters also have stories.

A blog post by Facebook’s chief security officer said most of the ads focused on social and political messages and didn’t specifically reference the presidential election, voting or a particular candidate. Some of the ads were geographically targeted. A few also mentioned Donald Trump and Hillary Clinton, sources told the Washington Post.

The content of the ads makes a difference in assessing their legality, the Post reports in a separate story. Federal election law bars foreign nationals and entities from spending money to advocate the election or defeat of a candidate. So ads placed by a Russian company advocating for or against Clinton or Trump would be illegal.

If the ads focused on issues, they would still be illegal if they were taken out in connection with a campaign, according to University of California Irvine law professor Richard Hasen. That’s because federal law makes it illegal for a foreign individual or entity to contribute to a U.S. campaign, candidate or party. Hasen spoke with the Post and wrote about the issue at the Election Law Blog.

“So if a campaign told the Russian entity where/who/when/how to place the ads, that would be illegal, even if the ads did not contain express advocacy,” Hasen writes. “That seems to be the next question for investigators: how would the Russians know where to target the ads?”

The more difficult question, Hasen writes, is whether ads by foreign entities are illegal if they don’t advocate for or against a candidate, but are intended to influence an election.

“If the Facebook ads just riled up people on guns but did not mention Trump for example, but were intended to help Trump get elected, can those be illegal?” Hasen wrote. “That’s the harder question.”

The gray area is due to language in the foreign spending ban, Hasen says. It prevents a foreign national, from making “an expenditure” that includes “any purchase … made by any person for the purpose of influencing any election for federal office.”

“Money to pay bots or otherwise to spread fake news on Facebook with an intent to influence the U.S. election would appear to be an expenditure under this definition,” Hasen states. If such spending is banned by the law, a second question would be whether such a ban is unconstitutional. He also notes arguments against interpreting the statute this way, including dicta in a 2012 opinion by a three-judge district court.

If the Russian company violated U.S. election law, it’s unlikely Russia would extradite anyone to the United States to face charges, according to the Campaign Legal Center blog. Americans who helped place the ads—even those who aren’t associated with a campaign—could be more at risk. The reason: Federal law bars anyone from “knowingly providing substantial assistance” to foreign nationals that violate election law, the blog says.