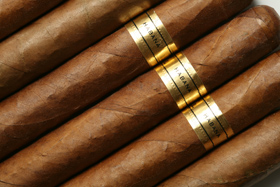 Bar authorities in Illinois are seeking the disbarment of a lawyer convicted of smuggling Cuban cigars into the country back in the 1990s.

The recommendation filed by the Illinois Attorney Registration and Disciplinary Commission last week seeks to disbar Richard Steven Connors, who was convicted in 2002 of violating the Trading with the Enemy Act, falsifying his passport and conspiracy, according to the National Law Journal and the IARDC filing.

Connors, who has long denied the charges, saying he made frequent trips because he was engaged to a Cuban woman, was sentenced to 37 months in prison and fined $60,000. But his conviction was upheld by the 7th Circuit in 2006.

In pressing for disbarment, the IARDC asserts in its filing that there’s no doubt Connors’ crimes “involved moral turpitude and reflected adversely on his honesty, truthfulness, and fitness as an attorney.”

According to the 7th Circuit’s ruling, Connors made 31 trips to and from Cuba between 1996 and 1999. The opinion recounts how Connors, after a tip from his ex-wife alerting authorities to his trips, was stopped at the Canadian border with a “trunkload of Cuban cigars.” In four suitcases were 46 boxes of cigars, which could be sold for $350 per box.

Legal Profession Blog in a post Friday pointed to a footnote to a court observation that “Cuban cigars have a definite cachet. The footnote referenced Rudyard Kipling, who noted in “The Betrothed” that, “[A] woman is only a woman, but a good cigar is a Smoke.”