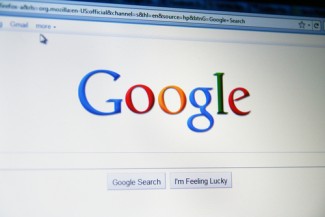 A former employee with a government contractor claims the government began a campaign of harassment against him because of Google’s autocomplete feature.

Jeffrey Kantor says in a federal lawsuit (PDF) that he intended to search for “How do I build a radio-controlled airplane?” in October 2009 because he was thinking of making the toy for his son’s birthday. After he typed “How do I build a,” Google completed the search with the word “bomb,” and Kantor inadvertently hit enter. Courthouse News Service has the story.

Kantor alleges that government investigators visited him at work after the unfortunate search, monitored his book purchases and computer searches, and attached a GPS device to his car.

Kantor claims people he worked with at another government contractor would repeat back to him private information, including his emails, private conversations at home and in his car, and his library books. If he got angry, the co-workers would mention a neighbor who “went on a murder suicide,” the complaint says. If he remained calm, they would talk about how people drop dead from hypertension. Kantor viewed the statements as veiled death threats.

Kantor was fired from his job at the Appian Corp., but government harassment continued when he found jobs with other government contractors, the suit claims.

“Instead of going after actual terrorists,” the suit says, “the government has been investigating innocent people and violating their civil and constitutional rights in the process.”