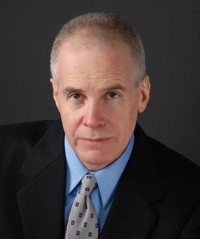 A former Cravath lawyer who says he hates feminists but appreciates a “babe” suspects the three female justices on the U.S. Supreme Court voted to deny cert in his ladies night lawsuit.

“Of course, the three females on the court probably voted against it,” Den Hollander told the Times. “Fighting for the rights of men is not a very popular thing to do in America these days.”

Den Hollander says he hates feminists, although he doesn’t hate all women. “When I go to a club and I’m looking at some young babe, I do not have malice in my heart,” he told the newspaper.

Den Hollander’s suit had claimed night clubs are state actors because of liquor sales, making them subject to a constitutional equal protection claim for their ladies night discounts.

Den Hollander’s website (JPG) urges clients to contact him “to battle the infringement of your rights by the government, the politically correct, the feminists, and their allies.”