Backstreet Boys and bankruptcy trustee head for trial over $3.4 million

Long before they conquered MTV, sold millions of records and perfected dancing while pantomiming hand motions to match their lyrics, the Backstreet Boys were an unknown boy band thrown together by Florida businessman Lou Pearlman. That relationship eventually fell apart as the band alleged Pearlman had cheated them out of millions of dollars.

Fifteen years after they parted ways, the band still isn’t done with Pearlman. On Friday, Ponzitracker reported that a U.S. Bankruptcy Judge in Orlando, Fla., has set a March 24 trial date in the band’s $3.4 million lawsuit against Pearlman over unpaid legal fees and indemnification. The band had originally filed the claim against Pearlman in 2007, accusing their former manager, who is currently serving 25 years in prison for running a $300 million Ponzi scheme, of promising to indemnify the band for defending claims in New York. According to Billboard, those claims included lawsuits filed by former managers and group members. 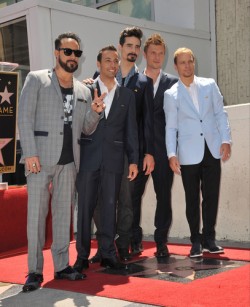 In June, Soneet Kapila, the trustee overseeing Pearlman’s bankruptcy, objected to the Backstreet Boys’ claim, arguing that the band did not have the requisite documentation to prove they were owed the money in question. Kapila, who filed the objection through his attorneys at Akerman Senterfitt, said there were over 2,700 claims against the estate and stated that “disallowance of the claim will enable the trustee to maintain a claims register that more accurately reflects valid claims pending against the debtors’ estates.”

Clay Townsend, of counsel at Morgan & Morgan who is representing the band, said in his response that he had plenty of documentation and pointed out that debts incurred by way of fraud are nondischargeable.