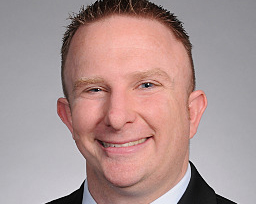 On account of high-profile data breaches of personal information and the increased interest and feasibility of blockchain technology, there is a growing movement to create IDs that do not rely on centralized storage, which is a honeypot for hackers.

Sovrin, run by the nonprofit Sovrin Foundation, “is a global, decentralized identity network that allows people and organizations to create portable, self-sovereign digital identities, which they control, and cannot be taken away by any government or organization” according to the BakerHostetler website.

The backbone of this network is a blockchain, a distributed, digital ledger that creates a secure, public ownership list of an asset. It is the same technology that undergirds cryptocurrencies like bitcoin and smart contract networks like Ethereum.

As founding stewards, BakerHostetler and Perkins Coie “donate network power to maintain the ledger” that hosts nodes to house the self-sovereign IDs, according to an email from Judd Bagley, director of communications at Evernym, the company that invented Sovrin and spun it off as a separate nonprofit foundation.

Bagley adds: “Stewards are charged with writing encrypted identity data to the Sovrin ledger and verifying the validity” of each ledger entry.

This is like the role a “miner” plays in creating bitcoin, the actor in the minting process of cryptocurrencies. However, Bagely says that it is less “processor intensive” than mining. The Guardian recently noted a Digiconomist report that bitcoin’s mining network consumes more electricity in a year than the nation of Ireland.

Once in the network, the ID’s existence is public across the distributed network. But it can only be accessed with the user’s verification key, which is a public identifier, and a signing key, which is private and known only to the user. Collectively, those two cryptographic keys will signal to a bank, government or another individual or entity that a person is who they say.

For Joe Cutler, a partner at Perkins Coie, self-sovereign identity is “the future of identity.” In a press release he said: “SSI aims to shift control over your most personal information back into your own hands, and to end this notion that you must sacrifice privacy and security in order to participate in today’s digital economy.”

Laura Jehl, a partner at BakerHostetler’s D.C., office, told the ABA Journal in an email that being a steward is about helping their “clients understand and embrace a future where digital identities can be trusted, mitigating risks from data breaches and other cybersecurity incidents.”

The Sovrin Foundation is one of numerous entities focused on self-sovereign ID built on blockchain, which includes IBM’s Blockchain Platform and Microsoft’s partnership with Blockstack and ConsenSys, two blockchain companies.

Even with this investment of money and the hype, not everyone is convinced that the blockchain is the future of identity.

“We need to remember that the classic blockchain is an elaborate system that allows total strangers to nevertheless exchange real value reliably. It works without identity and without trust. So it’s simply illogical to think such a mechanism could have anything to offer identity,” explained Steve Wilson, an analyst at Constellation Research who studies blockchain technologies, to TechCrunch.

But newer “synchronous ledger technologies” like Sovrin “have been designed from the ground up to deal with identity, in ways the original blockchain does not,” Wilson told the ABA Journal.

Striking a more balanced tone that acknowledges the hurdles to establish a blockchain identity system in the same TechCrunch article was Charles Race, president of worldwide field operations at Okta, an identity management company.

“A trusted entity will need to establish some legal and enforceable rules and policies for how it all works, they’ll need to make it easy for the average person to use securely, and they’ll need to convince a critical mass of people and service providers to adopt and trust the ID—all while finding an economically viable business model,“ he said.

Regardless of these concerns, governments in the U.S. and abroad are eyeing this technology. Evernym is using the Sovrin network to partner with the state of Illinois to create a blockchain pilot for birth certificates.

Jennifer O’Rourke, Illinois’ blockchain business liaison, told coindesk, a blockchain-focused news organization: “I think we’re starting to see a significant amount of momentum here.” She added: “It is clear that many people are focused on this in the government sector.”

As for BakerHostetler, being a founding steward is just one of many blockchain initiatives. BakerHostetler is also a founding member of the Global Legal Blockchain Consortium; a member, alongside Perkins Coie, of the Enterprise Ethereum Alliance; and it is creating a blockchain curriculum for attorneys.

Updated Nov. 30 to include additional quote from Wilson.