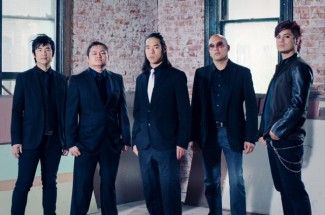 Photo courtesy of the Slants.

The en banc U.S. Court of Appeals for the Federal Circuit has struck down a provision of the Lanham Act that denies registration for “disparaging” trademarks.

The Federal Circuit ruled in an appeal by Simon Shiao Tam, who wants to trademark the name of his Asian-American rock band, the Slants. The court found the ban on disparaging trademarks amounts to viewpoint discrimination that violates the First Amendment. The Recorder (sub. req.), the New York Times and the Washington Post are among the publications covering the decision (PDF), In re Tam. How Appealing links to additional coverage.

The decision is being watched because of an appeal by Washington’s NFL team, which lost its trademark because its name is disparaging to Native Americans. Its appeal is pending before the Richmond, Virginia-based 4th U.S. Circuit Court of Appeals.

University of Notre Dame law professor Mark McKenna told the Washington Post that the expects the government to seek Supreme Court review. “The Slants case ups the ante and makes it very likely the Supreme Court will take the case now that there’s been a declaration by a federal appeals court of unconstitutionality,” he said. “If there hadn’t been a Slants case, and the Redskins case had run its course in the appeals process and judges ruled the Lanham Act was constitutional, then it might not have ever gotten to the Supreme Court. Now it’s almost a guarantee the Supreme Court is going to take it.”