Bankruptcy judge has ordered at least 10 people jailed, including 2 lawyers 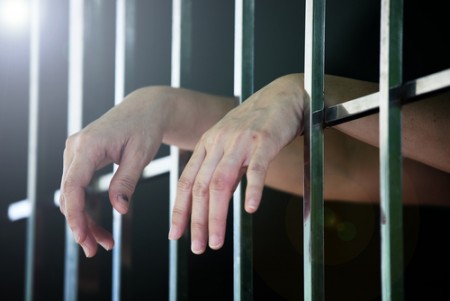 U.S. Bankruptcy Judge John Olson of Fort Lauderdale, Florida, is by all accounts a brilliant man. But controversy swirls around him because of his tough actions against lawyers and litigants who draw his ire.

Olson has ordered the detention of at least 10 people, including two lawyers, the Daily Business Review reports. He has also sanctioned several lawyers by ordering them to pay fees or banning them from practice in bankruptcy court.

One of the lawyers tossed in jail, Lawrence Wrenn, says he turned himself in after returning from an international trip and learning that Olson had ordered his jailing. He feels free to criticize Olson because he is not currently eligible to practice law in Florida, the article points out. Wrenn was suspended in 2016 after he failed to respond to a bar inquiry, and he agreed to a disciplinary revocation of his license in January 2018.

Olson “might be a brilliant jurist, but I think he’s power mad,” Wrenn told the Daily Business Review. “That’s just my opinion.”

Another lawyer ordered detained was Tina Talarchyk, who said she did not show up for a show-cause hearing because of her daughter’s “serious gum condition.” In a court motion, she claimed the judge’s actions “give rise to an appearance of partiality, antagonism, vengeance and other judicially inappropriate conduct.” Olson had ordered Talarchyk jailed until she turned over trust account records and paid nearly $11,000.

Some assert that the bankruptcy judge must first submit findings of fact and conclusions of law to a federal district judge before ordering anyone jailed, according to the Daily Business Review.

One litigant who raised the issue was Timothy Reardon, who had struggled with substance abuse before his death last April. Olson had ordered Reardon jailed and evaluated psychologically for threatening messages sent to a law firm partner in violation of court order. Reardon claimed that Olson later ordered the sale of his company’s assets as punishment.

Reardon died before the 11th U.S. Circuit Court of Appeals at Atlanta ruled, the article reports.

Some praise Olson for running a tight ship. “A lot of debtors attorneys—a lot of attorneys—don’t know that if you go before Judge Olson you have to be prepared,” bankruptcy trustee Kenneth Welt told the Daily Business Review. “And that’s to his credit.”