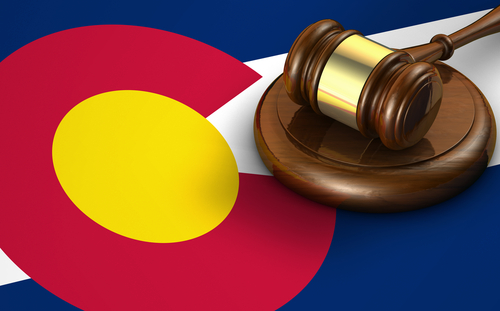 A bankruptcy judge in Colorado has suspended a Denver lawyer from practicing before the court for three years as a sanction for “egregious lawyer misconduct” that included asking his clients to infect the trustee with COVID-19 or another “nasty disease.”

U.S. Bankruptcy Judge Thomas B. McNamara ordered the suspension of Devon Michael Barclay on Jan. 10 in a lawsuit brought by a bankruptcy trustee that alleged “a recurrent pattern of deceptive manipulation of the bankruptcy system,” Law360 reports.

Barclay had defaulted in the suit, which meant that the allegations in the complaint were deemed to be admitted.

McNamara said Barclay “engaged in a bizarre gamesmanship” by trying to get a bankruptcy case dismissed because he didn’t like the appointed bankruptcy trustee. He advised his debtor clients not to participate in a required meeting, not to make filing fee payments, and considered withholding their tax returns, according to McNamara.

Barclay allegedly told his clients that they had to get the case dismissed because the trustee was “greedy, corrupt, would make their life hell, and would make the debtors sell their house.”

In the tax-return plot, Barclay allegedly asked a creditor to ask for the tax returns. Barclay wouldn’t comply. Then Barclay would pay the creditor to file a motion to dismiss the case, which Barclay offered to ghostwrite, McNamara said.

McNamara also said Barclay tried to infect the trustee’s legal counsel through the handling of documents.

“Bizarrely, this is what Mr. Barclay advised his clients to do,” McNamara wrote. Barclay advised, “If either of you have COVID or some other highly infectious, nasty disease—or if you know someone who does—please make sure they lick the envelope and handle it as much as possible.”

Barclay also failed to obtain a written contract from his debtor clients and forged their signatures on court documents, McNamara said. He also “failed to communicate with the debtors and provided incompetent legal services.”

What Barclay did “was an affront to the administration of justice and highly detrimental to the debtors,” McNamara said.

In addition to suspending Barclay from practice before the bankruptcy court, McNamara ordered him to provide a copy of the opinion to state ethics regulators and a disciplinary panel of the U.S. district court in Colorado.

Barclay told the Denver Post and Law360 that he thinks that he was suspended because of a personal vendetta and a past investigation he conducted into corruption in bankruptcy courts and the Department of Justice’s U.S. Trustee Program. He never willingly tried to mislead the court, he told the Denver Post.

“It’s a shame I ran out of the resources to defend a lot of the allegations,” Barclay told the Denver Post.

Barclay said the pleadings were “intense and wordy” because they were “driven more by a desire to shut me up.”