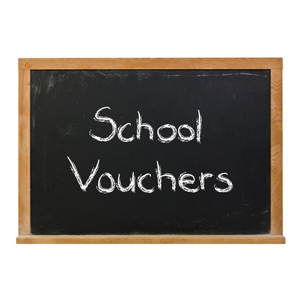 Religious schools should not be included in a Colorado voucher program, a federal judge ruled Thursday, although she admitted that the area of law was “extremely unsettled.”

According to the Denver Post, out of 23 schools in the original Douglas County School District voucher program unveiled in 2011, 17 had a religious affiliation. Those schools were eliminated from the list in 2015, after the Colorado Supreme Court found that public money couldn’t be spent on religious education. The school district has filed a petition for appeal with the U.S. Supreme Court, the blog Chalkbeat reports.

The case before U.S. District Court Judge Marcia Krieger was filed in April, after the school district released a new version of its School Choice Grant Program. Three families are plaintiffs, and they argue that the new program is discriminatory based on religion. They’re represented by the Institute for Justice, a Virginia religious freedom group.

Michael Bindas, a senior attorney with the Institute for Justice, told the Denver Post that other 10th Circuit courts have made it clear that the government can’t withhold a public benefit, like a voucher, because a school has a religious affiliation. He claims that the Douglas County School District voucher program has “hostility toward religion,” which is unconstitutional.

Krieger noted that no more than six students expressed interest in the revamped voucher program. The district is scheduled to start processing applications June 13, and has set June 17 as the application deadline.

“If (vouchers) are not awarded, there is no discrimination,” she said, adding that if the program is found to be unconstitutional in the future, the plaintiffs could seek monetary damages.

Michael McCarthy represents Taxpayers for Public Education, which was a plaintiff in the Colorado Supreme Court case and filed as an intervener in the case before Krieger. The group believes that public money should not be spent on private education, according to the Post, and it sees the recent lawsuit as a maneuver to reinstate the earlier program.