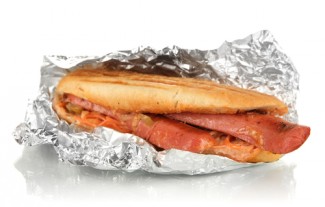 The Missouri Supreme Court has ruled on behalf of a baseball fan who says he was hit in the eye with a hot dog thrown by Sluggerrr, the Kansas City Royals mascot.

The court found that being hit in the eye with a flying hot dog was not one of the inherent risks of watching a baseball game. The trial judge wrongly submitted the assumption-of-risk issue to jurors, according to the decision issued on Tuesday.

The plaintiff, John Coomer, says he suffered a detached retina after he was hit in the eye by the hot dog during a 2009 game. Jurors found no liability.