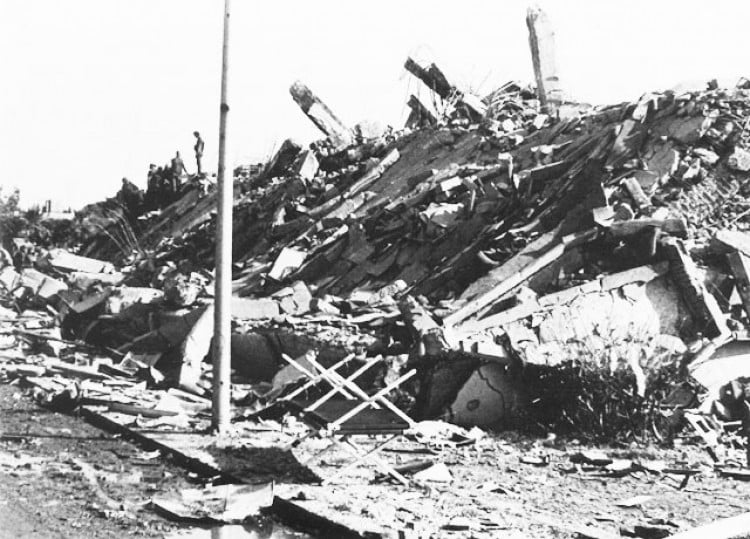 A photo of the U.S. Marine barracks in Beirut after the 1983 bombing./Wikimedia Commons.

Updated: A federal judge has awarded a $920 million default judgment to injured soldiers and to family members of service members who died in the 1983 bombing of the U.S. Marine barracks in Beirut.

The judgment is among the largest ever issued against a foreign nation under the Foreign Sovereign Immunities Act, according to a press release by Cohen Milstein Sellers & Toll, which represented the plaintiffs with co-counsel Karsman McKenzie & Hart. The law creates an exception to foreign nations’ immunity to lawsuits in U.S. courts in cases of state-sponsored terrorism.

The October 1983 bombing in Lebanon’s capital city killed 241 members of the U.S. military.

The next step in the process is to identify and secure Iranian assets to satisfy the judgments, according to R. Paul Hart, an attorney at Karsman McKenzie & Hart. “Although there is still much work to be done to compensate our clients, this judgment is a necessary milestone in the process,” he says in the press release.

The plaintiffs will be eligible for compensation from the U.S. Victims of State Sponsored Terrorism Fund, but no specific Iranian assets have been secured, according to Cohen Milstein lawyer Robert Braun. The terrorism fund was approved in a U.S. spending bill and was funded with a penalty paid by BNP Paribas for violating sanctions against Iran, Sudan and Cuba, the New York Times reported in December 2015.

Billions of dollars in default judgments have been issued against Iran for sponsoring terrorism, according to the Law360 story. Collection can be difficult because a limited amount of Iranian assets are being held in the United States.

The U.S Supreme Court ruled on Feb. 21 that Americans injured in a 1997 suicide bombing can’t use Persian Artifacts held at the University of Chicago’s Oriental Institute to satisfy a $71.5 million judgment against Iran, according to coverage by Reuters and the Associated Press.

But in 2016, the high court upheld a law allowing victims of Iran-sponsored terrorism to satisfy unpaid judgments with nearly $2 billion in assets held by Bank Markazi, Iran’s central bank.

According to Cohen Milstein’s Braun, the court distributing the Bank Markazi assets “rebuffed our clients’ efforts to share in those assets—incorrectly in our view.”

Story updated at 2:05 p.m. to include information from Robert Braun.