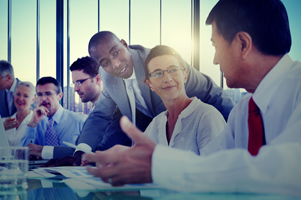 Skadden responded with a Jan. 6 letter to Sharpton and Dennis saying the law firm has a long-standing commitment to diversity and inclusion, although its journey toward that goal is a work in progress. The firm outlined several of its efforts to attract minorities to legal careers and to hire and promote diverse lawyers.

• Establishing the Skadden Honors Program in Legal Studies at the Colin Powell School at the City College of New York, which has prepared more than 250 CCNY students for law school admission.

• Participation in the Delaware Minority Job Fair for second- and third-year law students.

• Creation of a formal sponsorship program that pairs some of Skadden’s highly performing associates and counsel from underrepresented backgrounds with senior law firm leaders. 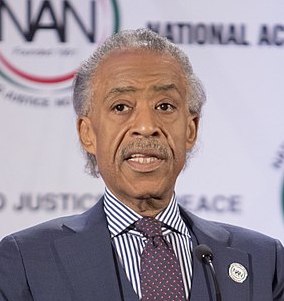 Skadden also released this statement: “Diversity and inclusion are values upon which our firm was founded, and while there is more to accomplish in this area, we are steadfast in our efforts to build and maintain a world-class, diverse workforce that delivers the highest caliber work product to our clients. We agree with civil rights advocates that diversity on the bench and throughout the legal profession should be a priority in Delaware and globally, and we are proud that the first two female justices on the Delaware Supreme Court were attorneys from Skadden.”

Sharpton and Dennis had expressed concern with a lack of diversity in Delaware courts and in the state’s prestigious law firms in a Dec. 30 letter to Skadden published by Above the Law.

“While Skadden claims that ‘diversity and inclusion are fundamental to [its] success as a global law firm,’ its presence in Wilmington tells a different story,” the letter said.

“According to Skadden Arps’ own reporting on law firm diversity, of the 72 lawyers in the firm’s Wilmington office, exactly one summer associate is black, while 9 of 10 partners are white. And of 49 full associates in the same office, just six are racial minorities.”

The Dec. 30 letter said Sharpton and Dennis are commissioning a study on the state of diversity in Delaware’s legal industry.