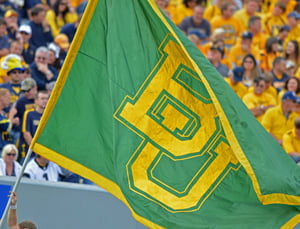 The law firm that conducted a private investigation into Baylor University’s handling of sex assault allegations will tell a Texas federal judge next Monday why it shouldn’t be sanctioned for dragging its feet in discovery disputes.

U.S. District Judge Robert Pitman scheduled a June 17 show-cause hearing for the law firm Pepper Hamilton to argue why it shouldn’t face sanctions in a suit filed by women against Baylor University, report the Texas Lawyer and the Houston Chronicle.

The 15 plaintiffs contend that Baylor mishandled their sexual assault complaints, and they want access to what they think is a written report on Baylor’s failure to protect its students. Pepper Hamilton says there is no such report, according to the Houston Chronicle.

Pepper Hamilton concluded in 2016 that there was a “fundamental failure” in the school’s handling of students’ sexual assault allegations against football players.

Pitman said in his June 7 order that Pepper Hamilton should be prepared to discuss whether it ever prepared a final or interim report on its investigation.

“Pepper Hamilton’s emails and billing entries strongly indicate that there was, in fact, a Pepper Hamilton investigation report,” Pitman wrote.

In addition, a Pepper Hamilton invoice includes entries for follow-up on issues “relating to release of summary of findings and recommendations” and an annotated outline of findings.

In addition, Pitman said, Pepper Hamilton failed to comply with a plaintiffs’ subpoena since 2017, failed to file a timely motion to quash the subpoena, failed to respond to the plaintiffs’ 2018 motion to compel, and violated a court order to file objections by March 15.

Pitman ordered the law firm to certify that it had completely produced the materials by April 11. Instead, Pepper Hamilton filed a motion for reconsideration that raised entirely new objections based partly on privilege and revealed the existence of materials never disclosed to the court, Pitman said.

“Neither Baylor nor Pepper Hamilton have adequately explained when, how, or why these documents were suddenly discovered,” Pitman wrote.